Brazil is considering additional measures to keep the Real from appreciating  any further.  We like the Economist’s Big Mac Index, which is based on the concept of purchasing-power parity, to get a sense of the over/undervaluation of a currency.  The cost of a Big Mac in Brazil?   A whopping $5.26 versus $3.91 in the U.S. and $2.18 in China!

To understand Brazil’s concern, simply imagine Big Macs are the world’s only export.   The Central Bank sees the country’s  competition priced at $2.18 and worries Big Macs priced in Brazil are heading to $6.00 as the tsunami of dollars flowing into the country creates excess demand for the local currency causing appreciation of the Real.  Big Macs priced in dollars thus become more expensive.

“We now are in a phase of the process, not only of assessing what has been done, but also analyzing what could be done,” Meirelles told reporters today in Sao Paulo, when asked if the government could take additional measures, such as the adoption of higher taxes for capital inflows. “The best stance at this point is to wait, and any decision regarding this will be announced in due time if it is to be carried out”…

U.S. monetary policy is creating “grave distortions” and is causing “collateral effects” on faster-growing economies such as Brazil, Meirelles said.

“The American economy depends on stimuli, but there is a limit,” Meirelles said. “It creates grave distortions and collateral effects that are felt more in countries in which the economy is doing well, such as Brazil.”

Our friend, the great Armenio Fraga,  former head of Brazil’s Central Bank, was interviewed (click to view) by CNBC today and stated his country needs to get into a position where interest rates, which are in excess of 10 percent, can move lower.

Capital seeks out the highest returns.  And with zero interest rate monetary policy in the U.S, Europe, and Japan, “John Bull can stand many things, but he can’t stand two zero percent ” so he makes a bee line for Brazil’s 10% interest rates.   Any talk of exchange rate agreements by the IMF is just nonsense unless monetary policies become more aligned and that, our friends, “ain’t gonna happen.”  As a result, the chorus is growing louder and many countries are coming to view QE2 as the Titanic.

We think the IMF may be handing out these at the G20 to help high growth/interest rate countries defend against John Bull’s Tsunami of Dollars.   Currency speculators may want to consider a long position!  Stay tuned! 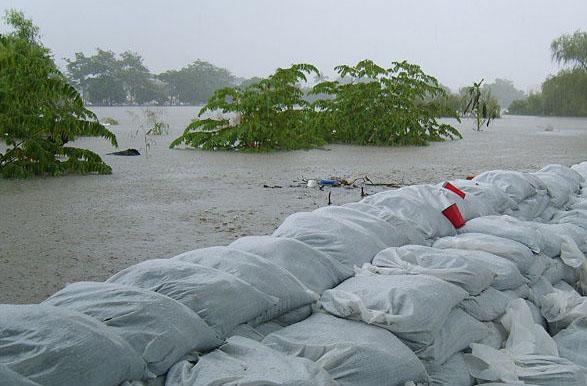