Dilma Rousseff – “The last time there was a series of competitive devaluations…it ended in world war two.”

These are harsh words from Brazil’s president-elect Dilma Rouseff, who was speaking at a joint press conference with outgoing president, Luiz Inacio Lula da Silva last Wednesday.  She joins a chorus of world leaders condemning U.S. monetary policy and sets the stage for a contentious G20, which meets in Seoul on November 11-12.  We’ve been buying volatility and expect it to increase going into the meeting as the potential for conflict is not fully priced, although it began with this afternoon’s reversal.  The FT writes,

At a joint press conference with president-elect Dilma Rousseff, outgoing president Luiz Inácio Lula da Silva said on Wednesday he would travel to the G20 summit in Seoul with Ms Rousseff, ready to take “all the necessary measures to not allow our currency to become overvalued” and to “fight for Brazil’s interests”. “They’ll have to face two of us this time!” he said.

Ms Rousseff added: “The last time there was a series of competitive devaluations. . . it ended in world war two.”

Brazil has been an early casualty in the currency wars, as the real has risen by 39 per cent against the dollar since the start of 2009, prompting fears it will hollow out Brazil’s industrial base by making manufactured exports uncompetitive. Data released on Thursday showed September industrial output was 2 per cent lower than in March. 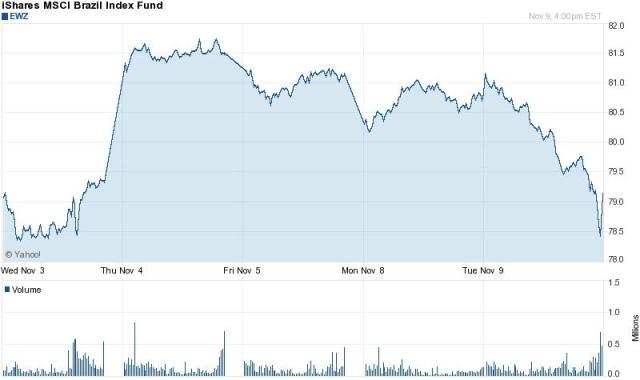 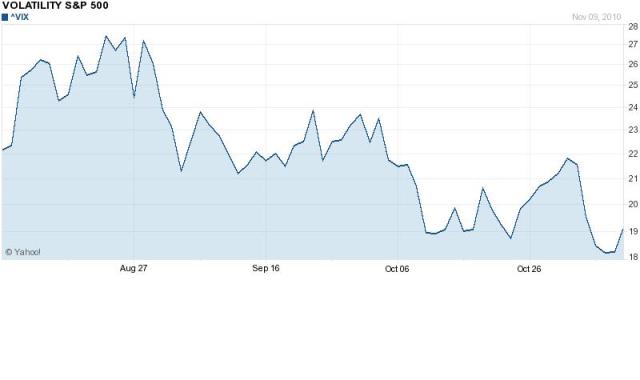 1 Response to Dilma Rousseff – “The last time there was a series of competitive devaluations…it ended in world war two.”