[Before our post, It’s Showtime: GMM/Grace Election Prediction, Global Macro Monitor conducted an internal poll about personal predictions on the election outcome.  Carol K.’s –>  Ok, my predictions: 305 EV Biden; wins pop vote by 5.937985%.   If Biden holds on to Nevada, Arizona, Michigan, and can pull out Pennsylvania and Georgia after all the votes are counted, that gives Biden 306 EC votes.  Not bad, CK!] 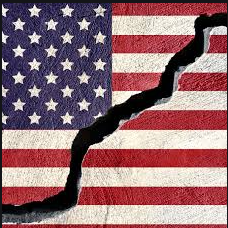 Most Americans, whether they admit it or not, have long truly believed in America First.  Growing up in the 1970s and 80s in West Virginia, I spent many evenings at the dinner table listening to my father rant about all the foreign aid America spent on other countries when there were Americans (white ones, folks that looked like him) who needed the help.  He was calling for programs to retrain coal miners back in the 70s-80s when it was evident technology and automated mining equipment was replacing large numbers of miners, and these good people needed jobs.

Americans, in general, are sick and tired of fighting endless wars in the Middle East for unappreciative Muslims who despise us and our presence.

Many Americans dislike and don’t trust the Chinese and want their factory jobs back, especially in the hard-hit Rust Belt.

Americans are sick of going to Walmart and having announcements made in English and Spanish.  My personal life experience taught me if you move to just about any other country in the world, you better know how to speak/read the national language, at least at a functional level, and be prepared to assimilate into the local culture.

It’s my argument that all these “unexpected” votes cast for Donald J. Trump were basically in favor of his “America First” platform. It is estimated that around 85% of Americans don’t follow politics or government news closely; they’re too busy living their lives.

Most people live in a 30-second sound-byte world. Hearing these targeted, short snippets from Trump makes him sound pretty good to them like he understands their lives and how they feel.

Try, if you will, to imagine living in that world — where you don’t closely follow the news because you’re too busy working, taking care of your family, helping others in your community, following your favorite sports teams, etc.

If all you knew of Donald Trump was his ideas, it would be:  he runs on America First, advocates to end the endless wars, bring our good-paying jobs back to America, deport illegal immigrants and make tougher – but not eliminate — legal entry to the United States — then you might just support him too.

No doubt a large portion of the vote pollsters and pundits expected to go to Biden — those people who support these ideas but don’t realize Trump isn’t really working for them were likely afraid or embarrassed to admit they’d vote for a monster who put kids in cages.  I mentioned to Gregor this seems to me like the polls leading up to Brexit — if one admitted to voting in favor of leaving the EU, they were labeled a racist, so respondents lied to the pollsters, in political science circles known as, The Bradley effect.

Most Trump voters I know here in Montana are really good people. They’re people who’d give you their last dollar if you need it.  Hard-working people love their families, love their communities, and are rightly proud of their beautiful, picturesque state. They’re also people who generally support the law & order and the America First agenda promoted by Donald Trump.

Whether it is true or not,  we can’t dismiss the fact GOP messaging has been really good (for the GOP) at nailing home the fact that the Democratic Party is increasingly controlled by socialist “whack-jobs” like AOC (NY Congresswoman Alexandria Ocasio-Cortez), Bernie Sanders, even Elizabeth Warren (sorry Professor CG).  Note that I say it’s the effectiveness of the GOP messaging, not that it’s necessarily true.

I am convinced the media and educated elites overestimated the degree to which people would vote for Joe Biden simply because they find Trump so distasteful and morally bankrupt, not to mention a never before seen (in modern times anyway) level of ignorance on issues a POTUS should be expected to know.  Elites tend to see things a certain way and assume everyone else shares their superior education, life experiences, and empathy levels.  These elites mistakenly assume others from different backgrounds look at Trump and feel repulsed by his actions toward his fellow humans and how he’s treated our longstanding Allies.  But if one doesn’t read or follow current events as widely as they (educated elites and hardcore political junkies) do, you miss a lot of it.

These are the primary reasons I believe Trump polls so well with middle America; they are convinced they think he understands how to fix the major problems they see confronting America.

Yet to admit one supports these policies, and to vote for Trump to carry them out, earns the scorn of the arrogant coastal elites — and why should any of us in middle America have to “take it” from them?

Well, it looks like we/they didn’t, and the pollsters/elites got egg all over their faces.  Of course, these same elites will now turn this into a story about fraud — which certainly needs to be investigated and see folks go to prison if found guilty, the Postmaster-General, case n point.  This doesn’t dismiss my thesis that middle America voted in numbers far more significant than expected in favor of a policy that puts America first and enforces law and order.

This entry was posted in Politics and tagged 2020 Presidential Election, Why it happend. Bookmark the permalink.

8 Responses to How It Happened