Stanley Fischer To Become Vice Chairman of the Fed

This is the best news we’ve heard in a long time.

Fischer, 70, would replace Janet Yellen as the Fed’s No. 2 official, according to the people, who asked for anonymity because the decision isn’t final. There are no plans by the White House to announce the choice this week, one of the people said.

Obama has already offered the job to Fischer, who accepted it, according to another person familiar with the process. The person said the decision was made jointly by the president and Yellen, who is awaiting Senate confirmation to succeed Ben S. Bernanke as Fed chairman. 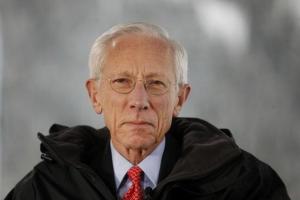 This entry was posted in Monetary Policy and tagged Federal Reserve, Stanley Fisher. Bookmark the permalink.