Notice on the chart the Oat-Bund spread coming in 25 bps in past week.  We are buyers of a French dip.  See here and here.

An apparent threat by far-right leader Marine le Pen to punish state employees who “persecute” political opponents may have eroded her support, according to a poll which found her first-round lead in France’s presidential election slipping.

The poll of voting intentions by research firm BVA found Le Pen garnering 26 percent of the votes in April’s first round, down 1.5 percent from the last BVA poll on Feb. 23.

Conservative rival Francois Fillon remained at 19 percent and would therefore be eliminated from a second-round runoff to be held in May, in which Macron was seen defeating Le Pen by 62 percent to her 38. – Reuters 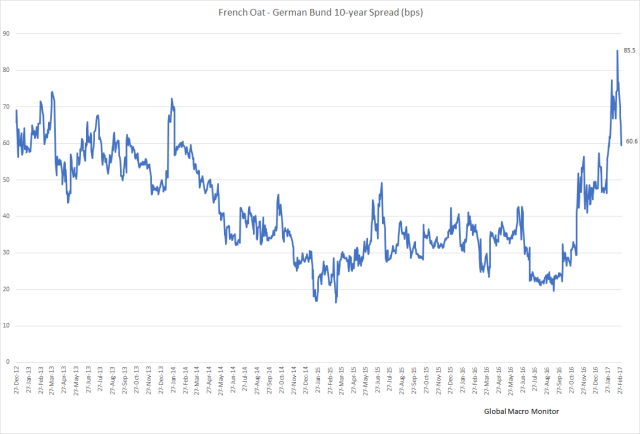