Here are some interesting data on the U.S. corporate tax rate throughout the last hundred years and a chart of federal tax receipts on corporate income as a percent of GDP.  We gathered the data from the Tax Policy Center and FRED.

The United States has the fourth highest statutory corporate income tax rate among the 202 jurisdictions surveyed. The U.S. rate of 38.91 percent (comprised of the federal statutory rate of 35 percent plus an average of the corporate income taxes levied by individual states) ranks only behind the United Arab Emirates (55 percent),Comoros (50 percent), and Puerto Rico (39 percent). Comparatively, the average tax rate of the 202 jurisdictions surveyed is 22.96 percent, or 29.41 percent weighted by GDP.  –  Tax Foundation 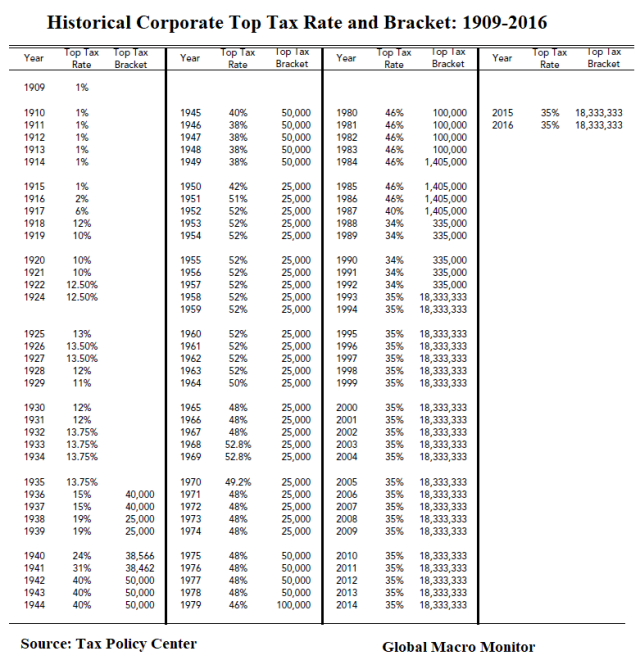 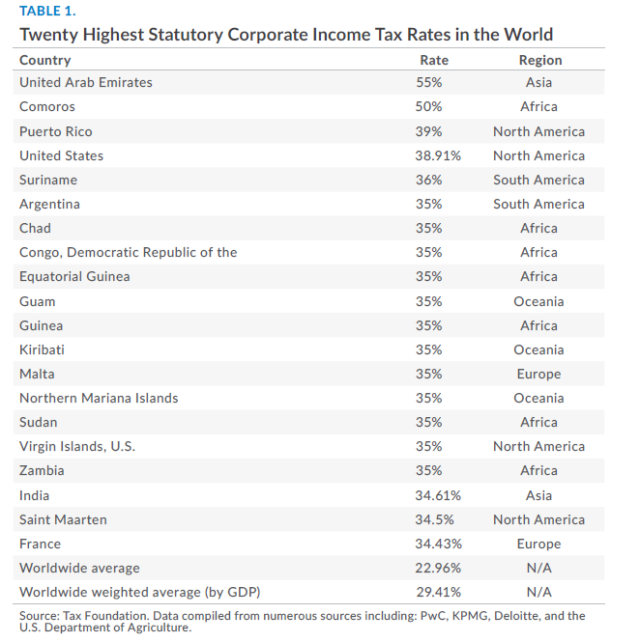 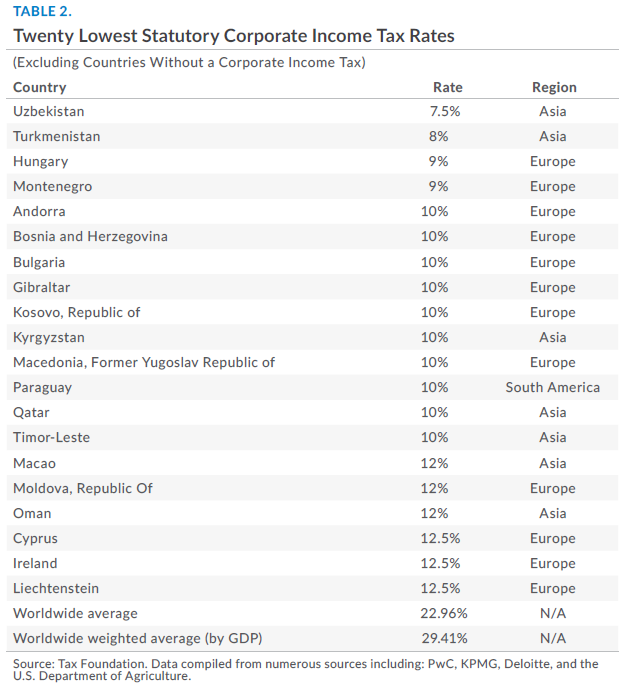