Markets are way too complacent, and the Trump administration is too cavalier about the economy’s increasing vulnerability caused by its dependence on foreign financing of the government’s exploding budget deficits.

Check out the trends in the data and then do the math.

With the budget deficit exploding, coupled with the Treasury having to raise an additional $300 billion plus/or minus per year to pay back the Federal Reserve as it rolls off its balance sheet, the supply of marketable Treasury securities hitting the market over the next few years will be unprecedented.

At the same, time the “free financing” of deficits provided by the central banks, including the Fed and foreign central banks, is over.   Not to mention the other factors which have kept rates low are fading. 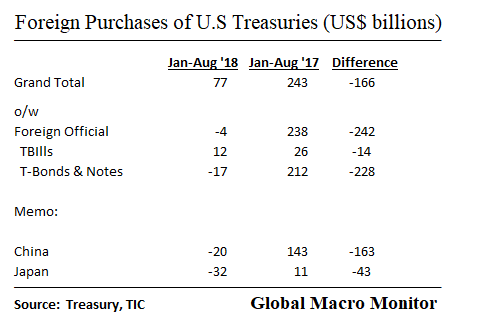 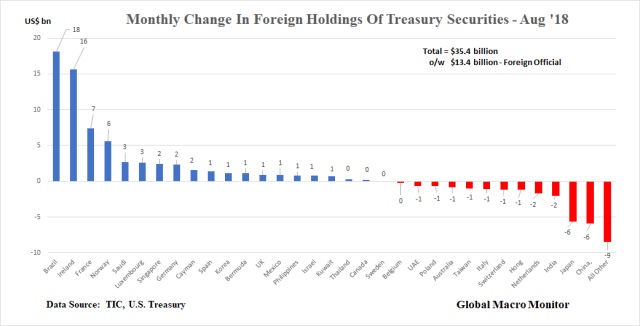 1 Response to China and Japan Continue To Reduce Treasury Holdings