Here are some great pictures from Credit Suisse illustrating what’s happening in the European monetary sector.  The monetary aggregates have been collapsing at a greater pace than 2008/09  as banks have been cutting credit and shrinking their balance sheets to meet capital ratios.   The European bank run, which really accelerated in the core in  the second half of last year was a major contributor to the monetary contraction and loss of confidence by the banks.

The last chart is very interesting to us in that it shows the flows of deposit and capital flight from the periphery, German, and French banks.   For most of 2011,  capital flight from the periphery was flowing to the core, with German and French banks receiving much of it, for example.   This partially explains why the Euro was relatively strong for much of last year.

The crisis became acute and systemic in Q3 2011 as deposits fled Germany and France causing the steep sell-off in the Euro.  The ECB, the Fed, and other global central banks, did a good job preventing the collapse of Europe’s, and, ultimately, the global financial system, by fulfilling their role as lender of last resort to Europe’s banking system.

It’s unlikely, at least to us,  the European credit spigot turns back on anytime soon, providing more room for ECB balance sheet growth and rate cuts.   We’ve noticed this the modus operandi or reaction function of most central banks,  post crisis.

And this folks, is another reason why we like gold as the central banks kick it into even higher gear to offset the deflationary headwinds of the global (possibly x/U.S.) credit crunch coming out of Europe.

Stay tuned as we will have a post in the next few days on the contraction of external bank credit that is currently taking place in the emerging markets. 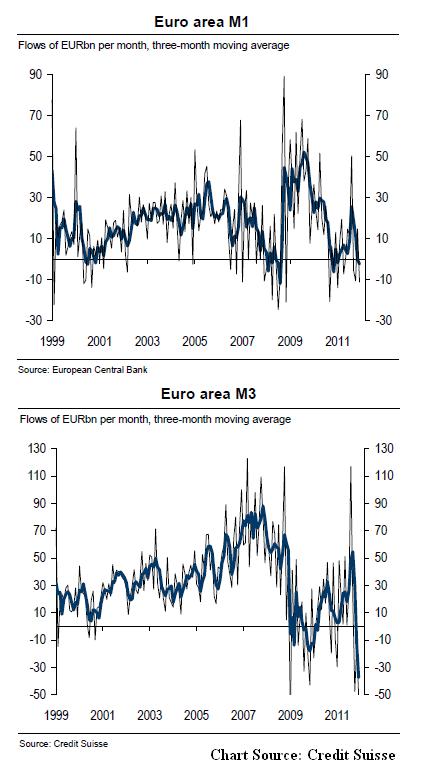 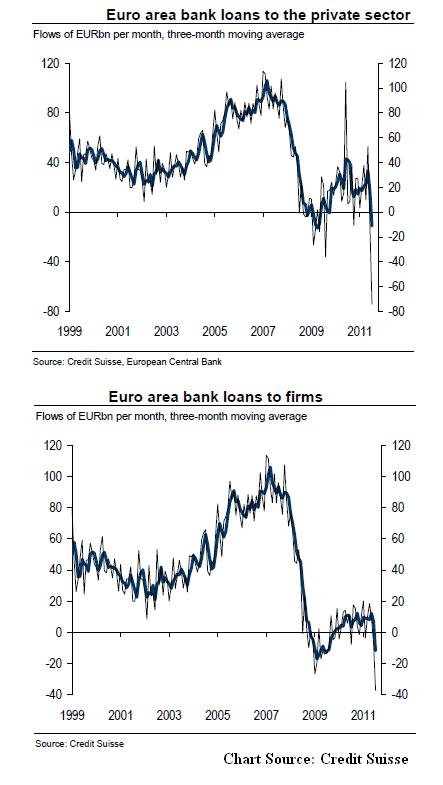 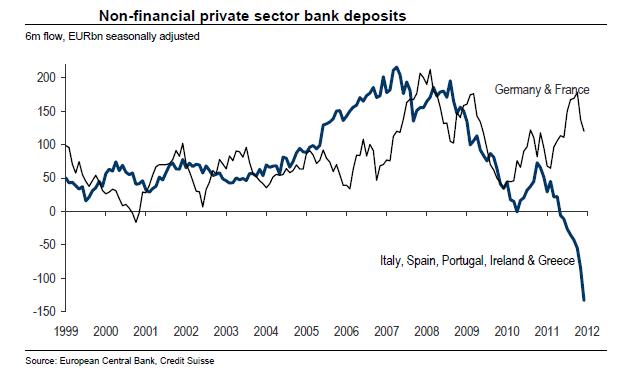