Today’s must read Reuters piece raises the spectre of a Europe “fragmenting faster than policymakers can repair it.”   Paul Taylor, the author, warns

The leaders agreed that the euro zone’s permanent bailout fund, the 500 billion euro ($620 billion) European Stability Mechanism, would be able to inject capital directly into banks on strict conditions once the joint supervisor is established.

But the rush to put first elements of such a system in place by next year may come too late.

Deposit flight from Spanish banks has been gaining pace and it is not clear a euro zone agreement to lend Madrid up to 100 billion euros in rescue funds will reverse the flows if investors fear Spain may face a full sovereign bailout.

Many banks are reorganizing, or being forced to reorganize, along national lines, accentuating a deepening north-south divide within the currency bloc.

An invisible financial wall, potentially as dangerous as the Iron Curtain that once divided eastern and western Europe, is slowly going up inside the euro area.

The slow European train wreck continues.   Yet the VIX, the ultimate global fear gauge, remains close to its 52-week low under 18.  Go figure.

Maybe global ZIRP and the massive market interventions have shattered all warning indicators and busted the flashing lights that use to signal caution ahead, which leads to  complacency and makes for a dangerous investing and trading environment.  Then again maybe we’re in a new golden age of equities and the genesis of a secular bull market. 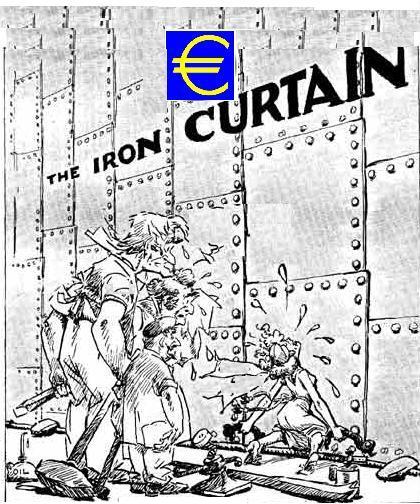