Commentary
Thursday’s announcement by the ECB of their new Outright Monetary Transactions (OMT) policy has taken near term sovereign default off the table, which was also the cancer infecting the Euro banking system.   Thus,  in theory,  the OMT is much more significant than the LTRO announced late last year, which circumvented a Euro banking collapse and also sparked a multi-month rally in risk assets.

We have our doubts that the OMT can be implemented smoothly and believe it could face significant political constraints in both the core and periphery.  More importantly,  all the structural problems of the Euro construct remain.

At some point the markets will test the political fortitude of EU policymakers.   Until then, however, they should remain comfortably numb under Mr. Draghi’s anesthesia.  We note, again, the significant sovereign spread tightening x/ Spain this year in the Eurozone.  Check out Portugal — in almost 500 bps.   Wow!

Continue to monitor our Weekly Eurozone Watch for early signs of deterioration. 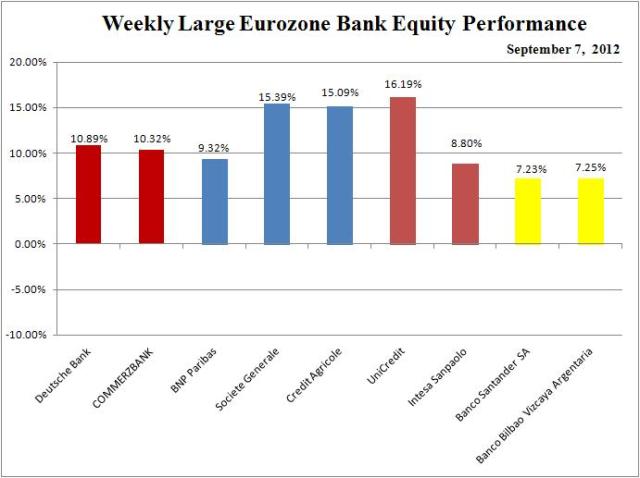 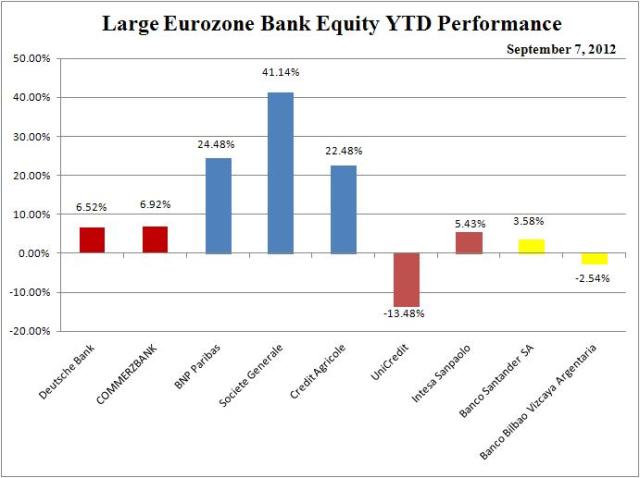 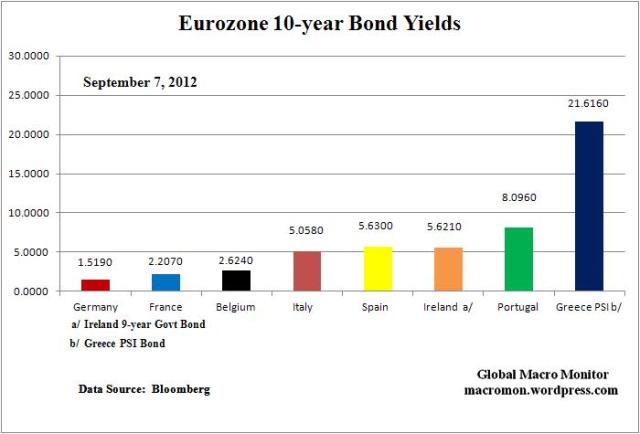 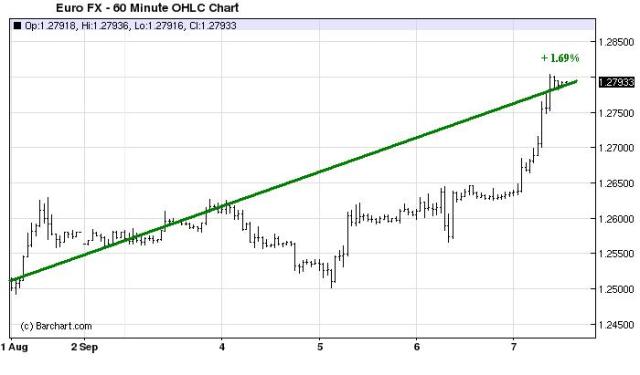