Not as relevant as it used to be,  but something to keep on your radar.  Transports approaching 200-day moving average at 9,117.59 (corrected on Aug. 19) and diverging from Industrials.

The [Dow} theory was created by Charles Dow in the early 20th century (after whom the two indexes above are named after) and it examines the relationship between the transports and industrial averages. Simply put, it states that major trends must be confirmed by both the transports and industrials indexes. Confirmation of a trend higher sends a “buy” signal in the market; one of a trend lower sends a “sell” signal in the market. – CNBC 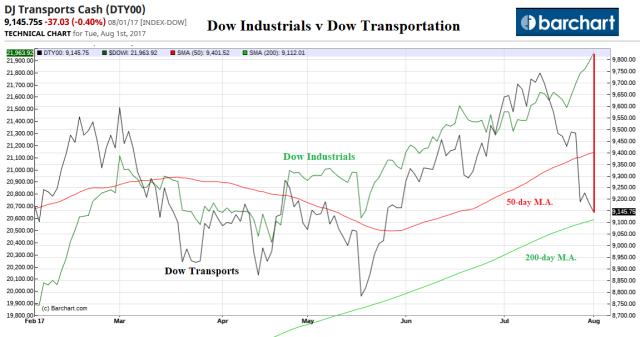