Individual income tax makes up around 49 percent of the Unites States tax revenue, the single biggest position, according to inside.gov. Trump wants to simplify the tax code by bringing the number of income tax rates from now seven down to three (35, 25, 12 percent). The plan didn’t name specific income thresholds, but the New York Times consulted plans by the House Republicans from 2016 to see how the new brackets could shape up.

Some observers have argued that Trump’s tax plan would one-sidedly profit the rich. Indeed, bringing down the tax ceiling from almost 40 to 35 percent would profit the biggest earners. In the lower middle income bracket ($37,950 to $91,900) there wouldn’t be any movement (25 percent). This contradicts Trump’s assertion that he would aim for tax cuts for the middle class. Finally, lowest income bracket taxes would hike 2 percentage points.  – statista 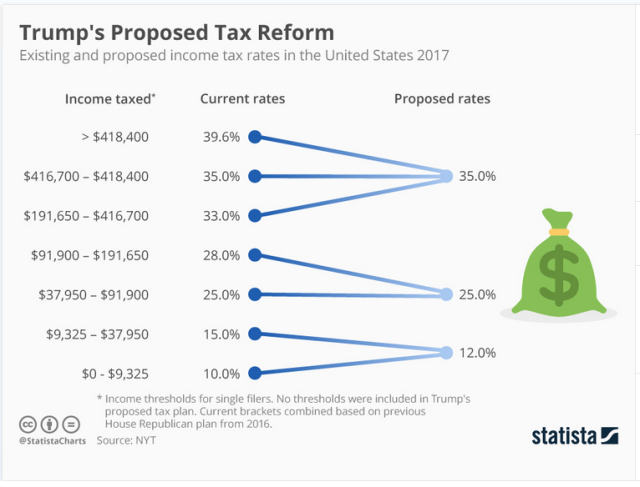