Global stock markets performed well in the Q3, especially the emerging markets.  Capital is flying into the sector.  Argentina looked unstoppable up almost 20 percent in the quarter with another 4 percent increase last week, and now up over 50 percent on the year.   Guess this is the time to start selling at least for trade to reload lower.

Greece down on profit taking and IMF noise. 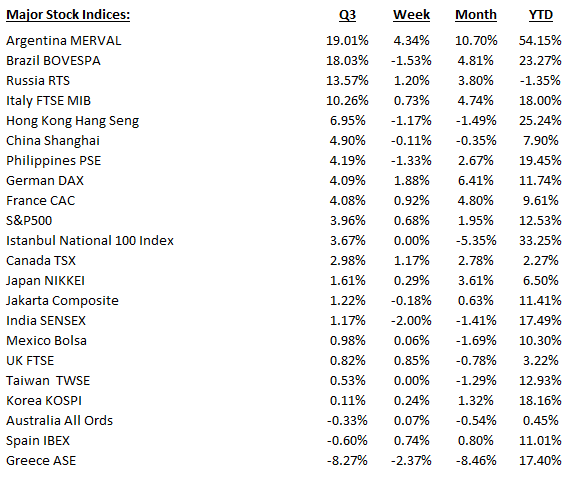 Yield chasers continued to commit capital to the high-yielding emerging markets such as Brazil and Indonesia.  Portugal came in big on recapturing of its investment grade rating.

Global bond yields on the rise in the past few weeks.  We are expecting a taper tantrum in Europe and a significant rise in European yields this month.   That trade is dependent on how the situation in Spain unfolds. 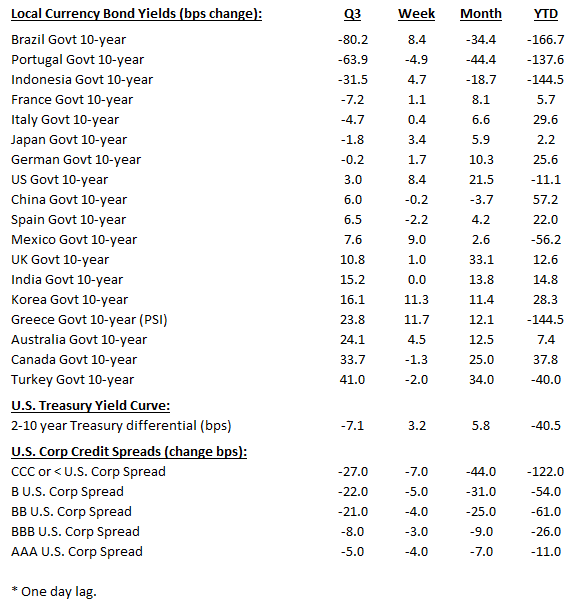 The Argentina peso was the weakest currency for the quarter and, in part, explains the country’s big equity gains.  China showed strength but was weaker for the month of September.  The dollar index was down almost 3 percent but looks like it has put in a bottom and has been stronger the past few weeks.   Catalonia should give the dollar a further boost.

Zinc up big in Q3 and after a few weeks of selling ended the month strong. Crude trading better based on the perception than demand is growing and the OPEC and U.S shale obsession seems to have waned for the moment. Grains continue to trade poorly. 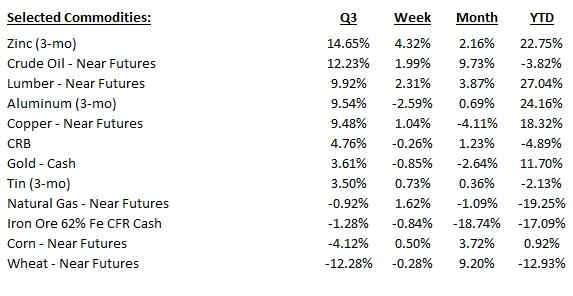 U.S. semiconductors rocked the free world in the Q3 along with the rest of the tech sector.  The Stress Index came off the lows but remains below zero, which constitutes normal financial conditions. A negative number connotes very favorable financial conditions. The index has been declining (favorable) over the past few weeks, however.

We are expecting a sharp trap door sell-off in the risk markets in October triggered by a myriad of potential events, including a bond market temper tantrum in Europe,  a China economic or political shock coming out of the 19th Party Congress beginning on the 18th,  severely overbought markets, geopolitical shocks, and others.

We are watching the fallout from the Catalonia vote, politics in China, progress on the Trump tax reform deal,  the continued sell-off in global bond markets.   Looking for emerging markets to cool off, which are way overbought. 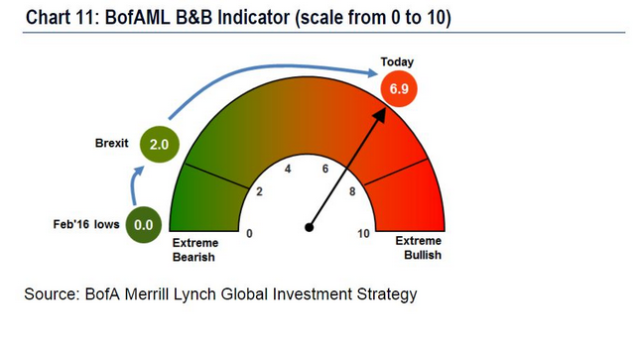