File this one under you heard it here first.  Right here, in fact.

The tax plan proposed by AOC is also 13 points above water.

Yeah, yeah, we get it.   It’s early.   The only possible way to see the wealth gap closing of any significance in the next 21 months is to have a large revaluation of the 1 percenters’ assets.

Possible but not healthy and wouldn’t bet the ranch on it.  Moreover, much better to pull up the bottom than pull down the top.  That will take some social investments.

The Young Are Woke

It didn’t take a genius to see this coming especially if the younger generations got woke.  Trump woke them. 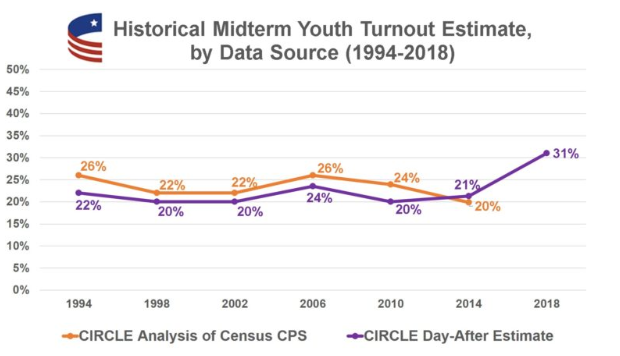 Jamie Dimon, always the visionary, is way out in front of this.

Individuals earning the most can afford to pay more, and I have no problem paying higher taxes to address some of the fundamental challenges and inequities in our society. — Jamie Dimon

It feels like a prairie fire, folks.  An old friend ways in.

The numbers suggest the political ground upon which the 2020 presidential campaign will be fought is shifting in dramatic ways, reflecting the rise in inequality in the United States and growing concerns in the electorate about the fairness of the American system.

“There is a deep wellspring in terms of perception of unfairness in the economy that’s been tapped into here that either didn’t exist five years ago or existed and had not had a chance to be expressed,” said Michael Cembalest, chairman of market and investment strategy at JPMorgan Asset Management who has studied the latest tax proposals. “This is quite a moment in American economic history where all of a sudden in a matter of months this thing has kind of exploded like this.”   – Politco, Feburary 4th

If you’re flying a kite and it begins to move left, it just could be that is the way the wind is blowing.   Not advocating, observing and just sayin’.