We’re reposting our piece from November 2017 on the retail space in Manhattan along with a recent video Tweet we found today, which is un-fricking-believable.  The video is a bit dated but our ears on the ground say it’s still pretty bad.  Who is holding the mortgages on these buildings and why isn’t it making headlines or even adding one brick in the Wall of Worry?

Bleecker Street, said Faith Hope Consolo, the chairwoman of the retail group for the real estate firm Douglas Elliman, “had a real European panache. People associated it with something special, something different.” Ms. Consolo, who has negotiated several deals on the street, added: “We had visitors from all over that said, ‘We’ve got to get to Bleecker Street.’ It became a must-see, a must-go.”

Retail not just being Amazoned in Manhattan, retailers are being priced out of business by exorbitant rents.   Note to commercial landlords:  Lower your rents!  But,  God forbid, that would be deflationary! 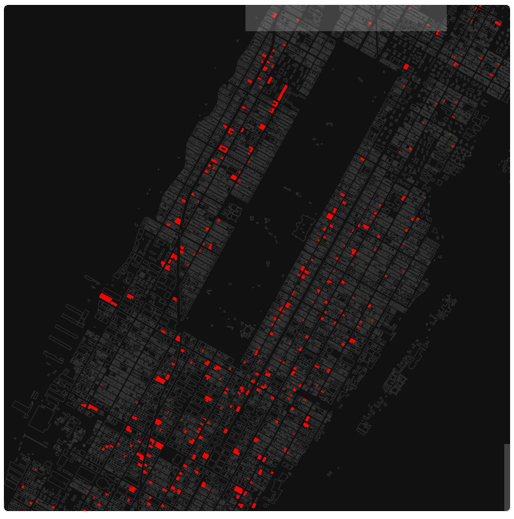 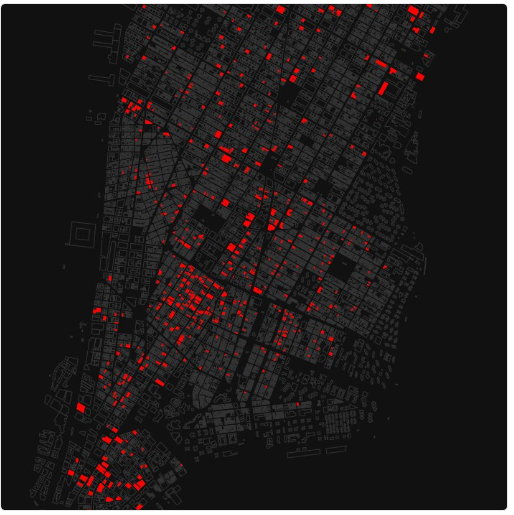 One response to the neoclassical argument is that, in fact, prices are not perfectly flexible (they exhibit “stickiness”). For this reason, the economy is not self-correcting, at least not in the short run. Wages and prices may be “too high” (and, therefore, result in suppliers offering larger quantities for sale than demanders are able and willing to buy), but not come down quickly and eliminate the market surplus. This view has been widely attributed to John Maynard Keynes, and is, in fact, a key argument in what is known as “New Keynesian” economic theory. –  Dollars & Sense 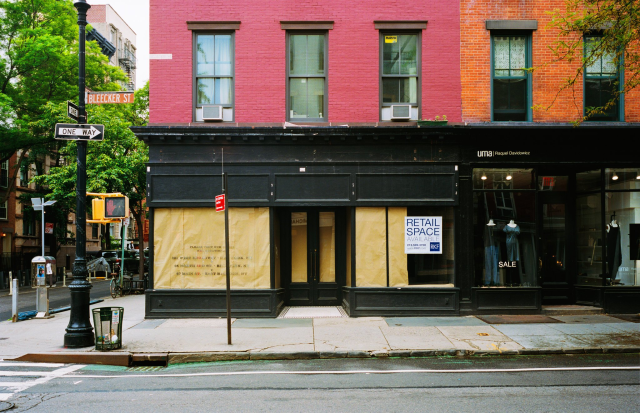 During its incarnation as a fashion theme park, Bleecker Street hosted no fewer than six Marc Jacobs boutiques on a four-block stretch, including a women’s store, a men’s store and a Little Marc for high-end children’s clothing. Ralph Lauren operated three stores in this leafy, charming area, and Coach had stores at 370 and 372-374 Bleecker. Joining those brands, at various points, were Comptoir des Cotonniers (345 Bleecker Street), Brooks Brothers Black Fleece (351), MM6 by Maison Margiela (363), Juicy Couture (368), Mulberry (387) and Lulu Guinness (394).

Today, every one of those clothing and accessories shops is closed.

Mr. Sietsema, the senior critic at Eater NY, has watched with mild schadenfreude but greater alarm as his neighborhood has undergone yet another transformation from a famed retail corridor whose commercial rents and exclusivity rivaled Rodeo Drive in Beverly Hills, Calif., to a street that “looks like a Rust Belt city,” with all these empty storefronts, as a friend of Mr. Sietsema’s put it to him recently.

In the heart of the former shoppers’ paradise — the five-block stretch running from Christopher Street to Bank Street — more than a dozen retail spaces sit empty. Where textured-leather totes and cashmere scarves once beckoned to passers-by, the windows are now covered with brown construction paper, with “For Lease” signs and directives to “Please visit us at our other locations.”
– NY Times, May 31, 2017

This entry was posted in Economics, Uncategorized and tagged Manhattan Retail, Rust Belt. Bookmark the permalink.