Rare Earth (REE) stocks,  including Molycorp,  got hammered today and we added a little to our position.  These  stocks are over extended as most are up over 100 percent in the past month. We believe this story has legs and is just getting started. Consider,

“Toyota Motor Corp. has set up a task force on rare earth minerals used in hybrid cars amid reports of China’s ban on exports of the materials to Japan. – Bloomberg 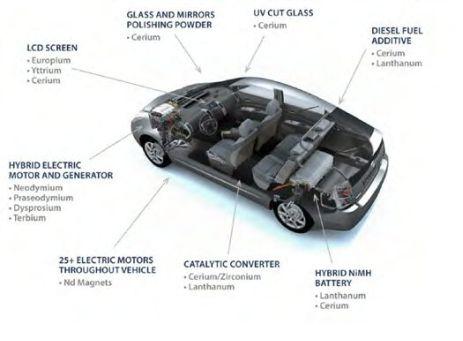 Scarce commodities, which have no substitutes and critical for industry and national security?   Sounds like “Gold on Steroids” to us.  We wouldn’t bet the ranch, but don’t want to miss what could be a nice run as the market begins to focus.  This is a long-term story and experts say that rebuilding an independent U.S. supply chain could take 15 years.   The Defense Department is about to release a study on the national security aspects of the U.S. REE dependence on China.

3 Responses to The New Gold Rush?