The Markit Eurozone PMI® Composite Output Index fell from 50.4 in January to 49.7 in February, according to the preliminary ‘flash’ reading based on around 85% of usual monthly replies. The latest figure signalled a slight contraction in business activity following the marginal expansion seen in January, which had been the first month in which the Index had risen above the 50.0 no-change level since last August.

The latest reading was nevertheless the second-highest of the past six months, and suggests that the Eurozone economy has stabilised over the first two months of the year having contracted in the final quarter of 2011. 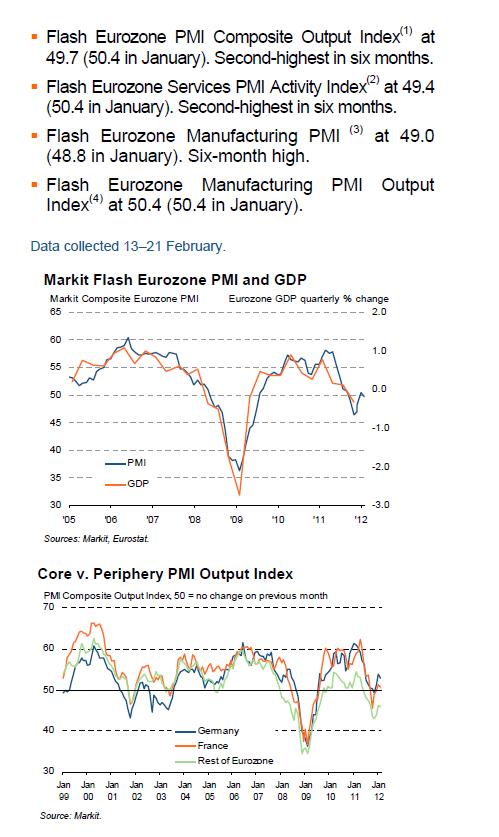