It feels like the Greek debt crisis is as old as the Acropolis. Stocks are sinking as we shut up shop for the weekend, as traders take their money off the table ahead of yet another Eurogroup meeting next week.

We all know how it going to play out; the talks will go down to the wire, stocks will fall because of the ‘what if’ factor, but in the end Greece will be given the money and we might see a small bounce. Even when Greece is given the kiss of life next week, another indebted nation will be in the cross hairs, and it may well be Spain.  – David Madden,  IG market analyst

Europe experienced widespread austerity protests  this week;
CEPR stated Eurozone has been in recession since Q3 2011;
Portugal’s opposition calls for rethink of austerity;
China’s sovereign wealth fund warns EU that its citizens are being “pushed to the limit”;
Opinion polls show that two-thirds of Italians do not want Mario Monti to continue as PM;
The Economist magazine’s cover regarding France:  The time-bomb at the heart of Europe;
Greece makes €5bn bond payment;
Investors bet on Greek bond buyback. 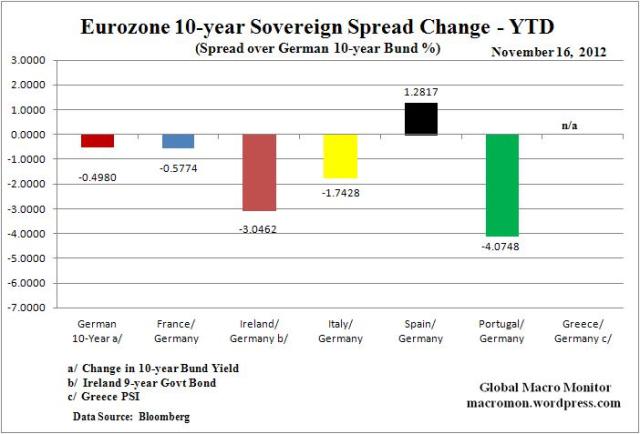