Yesterday we posted a technical piece on gold, which one of our friends down under picked up.   They made us think about how technical analysis is more art than science (just like economics, by the way) and how bull/bear conclusions based on the charts are dependent on biases and perspective,  including time horizon.

We’re reminded of a story that Abraham Lincoln used to tell as a young Illinois circuit court lawyer when trying to convince the jury to render a verdict in his favor.  If you’ve seen Spieberg’s, Lincoln, who was portrayed, brilliantly,  by Daniel Day-Lewis,  you know America’s 16th POTUS loved to tell stories and speak in parables.   Lincoln’s contemporary and political rival,  Stephan Douglas,  said he never feared his arguments but his stories were like a “whack on the back.”

“Pa, Pa, the hired man and sis are in the hay mow and she’s lifting up her skirts and he’s letting down his pants and thy’re afixin’ to pee on the hay.” “Son, you got your facts absolutely right, but you’re drawing the wrong conclusion.”

Similarly, when looking at charts — the facts —  we often draw the wrong conclusion about future direction.

The upshot?  Beware of your biases when looking at “facts.”

So here is our traders version of The Rorschach Test. 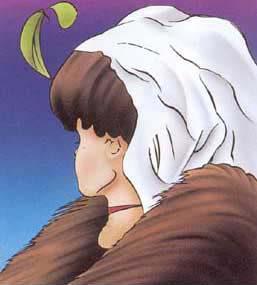 Conclusion:  Define your time horizon, know and understand your biases and wait for confirmation.

P.S…We are willing to bet that most who see the young lady also see the bullish chart pattern.   But it’s gold?  Wouldn’t that make the viewer bearish?