·         The Bundesbank criticised the ECB’s bond-buying programme designed to save the euro, questioning whether it is really necessary and suggesting it represents a great risk to taxpayers. – FT

·         Pimco, the world’s biggest bond fund has been cutting its holdings of Italian and Spanish government debt after their recent rallies. – Grame Wearden,  Guardian

·         Enrico Letta has been handed the mandate to form Italy’s next government by president Giorgio Napolitano. – Grame Wearden,  Guardian

·         Enrico Letta told reporters in Rome on Wednesday that his top priority was to tackle the “enormous, unbearable” economic emergency in Italy, in a signal that his government could change the pace of austerity. – Grame Wearden,  Guardian

·         Spain‘s joblessness has reached fresh heights over the first three months of the year with a record 27% of the workforce unemployed.  – Giles Tremlett, Guardian

It is a very difficult situation, fragile, unprecedented.–    Enrico Letta 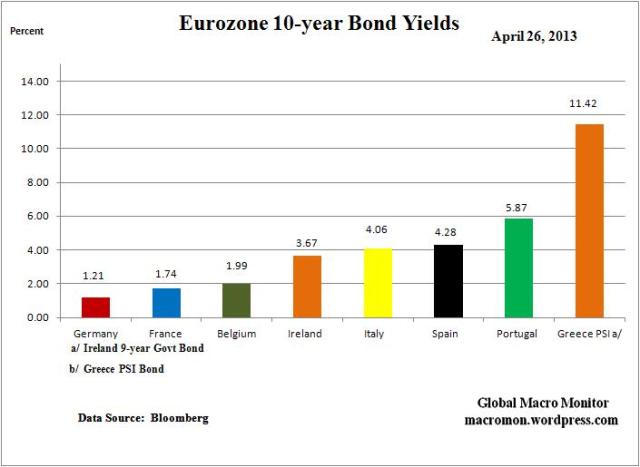