The Oat-Bund spread came in 8 bps last week probably on the back of a new poll showing the centrist. Emmanuel Macron, gaining ground.

Macron is opening it up in second round polling, 30 points ahead of Le Pen,  but 43 percent of French still are undecided.  W-T-F?

A Le Pen victory, though far behind in second round polling, poses an existential threat to modern Europe.   A low probability, but high impact event.   And probably why Euro stocks have really not taken off even as the economies improve and populism on the continent seems to be receding. 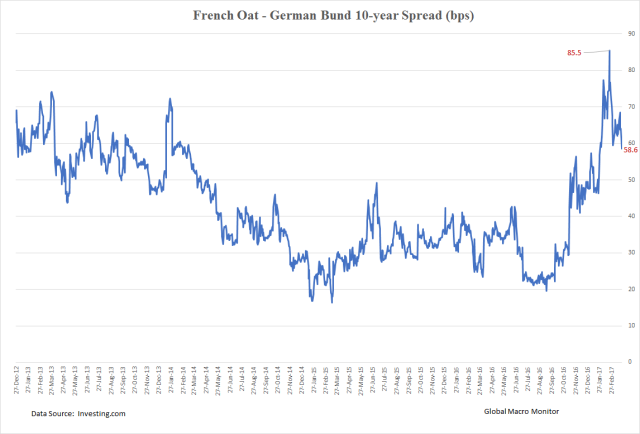