The Oat-Bund 10-year spread was pretty much unchanged for the week at 65 bps.

The German 10-year yield fell over 10 bps for the week.

Macron is slipping a bit in first round polling, but remains way ahead in the second round run-off,  if he makes it.  This paradox is cited in the Reuters article below.

Our bet its Macron and Le Penn in the first round with Macron winning easily in the second round.   We could be wrong as many French voters are still undecided, but feel pretty confident.

France’s presidential race is tightening in its final weeks with a far-left and a conservative candidate narrowing the gap on long-time frontrunners Emmanuel Macron and Marine Le Pen, two polls showed on Friday.

An Odoxa poll for Le Point magazine showed 23.5 percent of voters set to back centrist Macron in the April 23 first round, a fall of 2.5 percentage points in a week.

Macron was just half a point ahead of far-right National Front leader Le Pen, whose score was down 2 points.

Right behind them, conservative candidate Francois Fillon, whose campaign has struggled against nepotism allegations, gained one-and-a-half points to 18.5 percent while far-left veteran Jean-Luc Melenchon was up two points to 18 percent.

…Only the top two candidates go forward to a May 7 runoff, where Macron is tipped to easily beat Le Pen.

Odoxa analyst Gael Sliman said the polls underlined Macron’s paradoxical situation. The former economy minister was “assured of winning in the second round, but no longer so sure of qualifying for it,” he said in a note. – Reuters 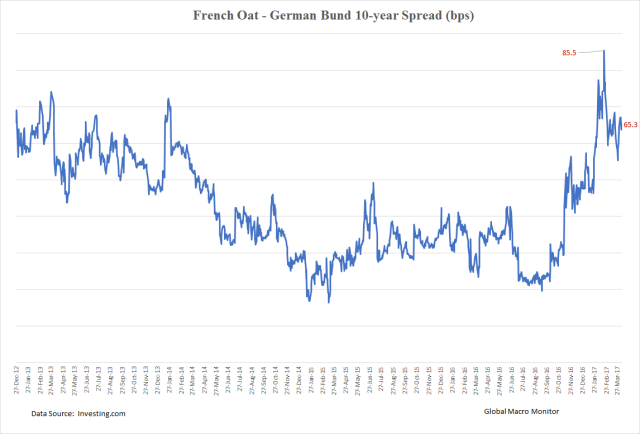