Short Sellers In A Bull Market

Ouch! I remember days like this guy is having.

Shorting a market that is melting up and having the bulls gore you where the sun don’t shine is no fun! 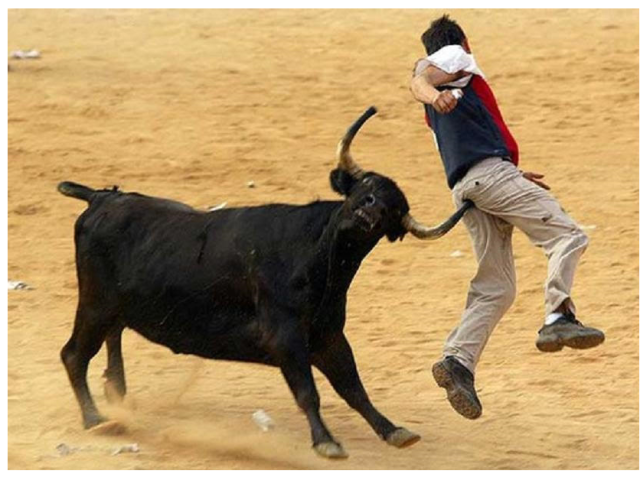 Shorting stocks willy-nilly is a surefire beeline to blowing up your account. Are there any shorts still breathing, by the way?

Though we think the global markets are growing extremely bubblicious by the day, we have learned to go with trends and never step in front of a freight train as powerful as this one.

Guessing a market turn, trading by “gut feeling” or based on valuation in a liquidity induced bull market is a sure loser. We learned this lesson a way back, the hard way, unfortunately.

We would feel much better and confident about this market if asset values were not so darn expensive. My first boss on Wall Street, Michael Lewis’ “human piranha,” taught me that buying and holding assets that were expensive unless supported by rapidly improving and sustainable fundamentals risked having the bottom fall out on you.

The 1987 crash was a classic example. Though valuations were cheaper than today, interest rates were higher and already had a big move up throughout the year.

Similarly, however, the market was in a massive bull run, fueled by the Tax Reform Act of 1986. The S&P500 was up 38 percent for the year before peaking in mid-August and almost 60 percent since the beginning of 1986. The market had already begun to wobble in August with S&P500 selling off 15 percent before crashing 20 percent on Black Monday.

We are in a yield starved momentum-driven market fueled by excess liquidity (and, to some extent, but not an entirely unambiguously effective, fiscal stimulus) and a dominant theme – synchronized improving global growth – which is getting better, but these hardly justify the markets’ extreme valuations, in our opinion.

In addition, if the world economy is getting better,  the below matrix has got to get a lot greener.   We are not so sure, however, markets are prepared. 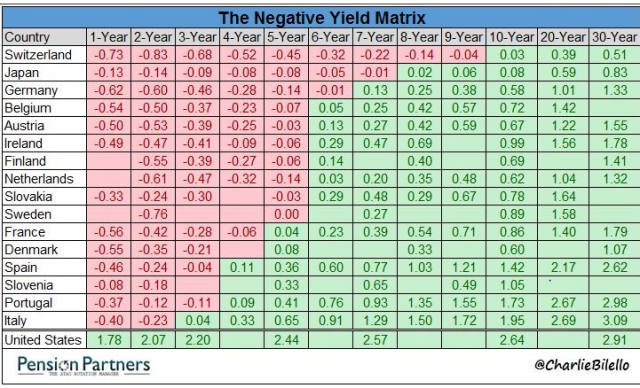 “Something Is Rotten [Not Just] In the State of Denmark”

It is hard enough to make a living on the short or, should we say, dark side. The natural trajectory for markets is to move higher.

Moreover, now that machines dominate the markets, they can squeeze you 23/5 and pick you off  especially in the illiquidiity of the middle of the night.

Take a look at this remarkable chart from Bespoke, for example. 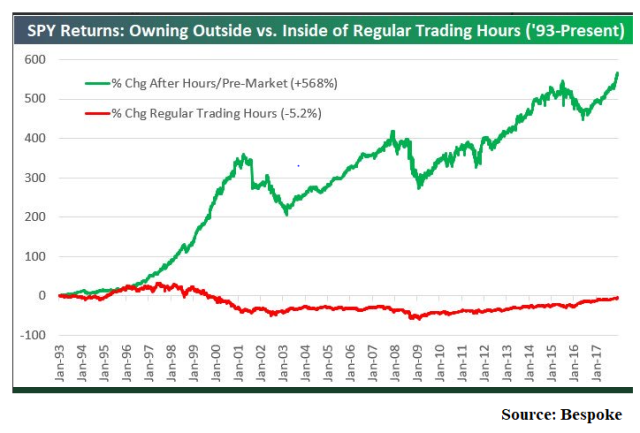 Come on, folks, “ something is rotten [not just] in the state of Denmark.”  Is it no wonder passive investing is taking over?

How High Can We Go?

We do not know how high the market goes or when it peaks but feel confident the shorts will have their day unless “this time is different,” which it never is, by the way.

Bull markets often have their strongest leg as their last leg, the proverbial “blow-off top.” The last twelve months of the 1990’s NASDAQ run, from March 1999 to March 2000, for example, had the index move up over 110 percent.

We also believe investors will have better entry points than they do today.

Finally, you also see the investing public openly mocking the bears during the later stages of a bull market. We see a lot of that these days. Just check your twitter feed.

As democracy around the world seems to be sliding into a secular bear market (absolutely not priced, in our opinion), short sellers, as the above picture analogously illustrates, have become the new circus, the modern day gladiators being ripped apart by the bulls in the trading arena.  And the new Rome roars!

9 Responses to Short Sellers In A Bull Market