Ross Perot And Me

If not for Ross Perot’s decision to run for president as a third-party candidate in 1992, there would be no President Bill Clinton, no candidate Hillary, and probably no President Trump. 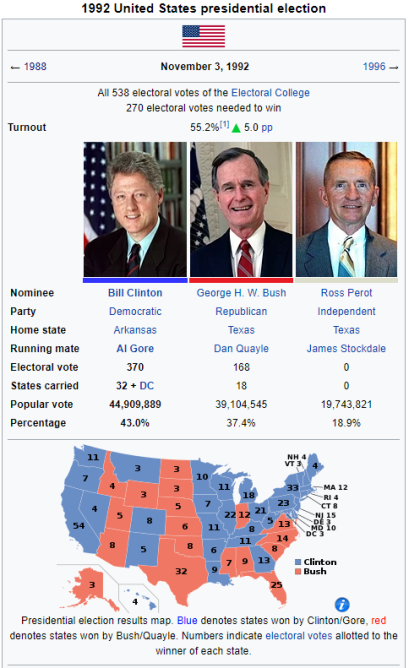 Perot won almost 20 percent of the popular vote in the 1992 presidential election, which the Bush family and many analysts believe much of his votes were siphoned from the incumbent, President George H.W. Bush.   Bill Clinton won 43 percent of the popular vote, the second-lowest in modern presidential politics; second only to the Woodrow Wilson in 1912, who squared off with Teddy Roosevelt as the Bull Moose candidate and the incumbent, President William Howard Taft.

During Perot’s candidacy, which was centrally focused on the increase in the national debt and his opposition to NAFTA, I was always baffled by his presentations about the increase in debt.  He often compared the then-current debt stock with that of prior years without context, taking into account the growth in the size of the economy and inflation.  It was perplexing to see charts such as the following presented on national television, as he, at the same time, pounded the table about “that giant sucking sound you hear is NAFTA taking away U.S. jobs.”   The press rarely questioned his presentations. 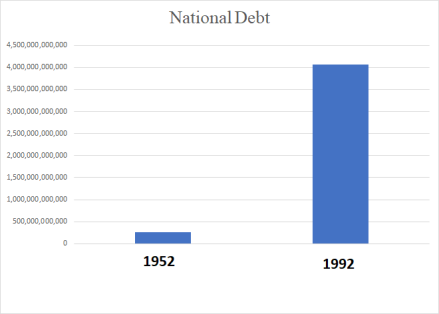 Ironically, he wasn’t wrong on both counts.

Though he failed to normalize the debt data – he may or may not have understood the flawed analysis  — the public debt has outpaced the growth of the economy and inflation and now stands in excess of 100 percent of GDP.

NAFTA did destroy good-paying jobs though others were created, which we believe made the trade treaty a net positive.  The American government dropped the ball, however, looking the other way and abandoning those hurt by free-trade rather than investing in the human capital and social infrastructure to help those displaced adjust to the new globalized world.  And here we are, the political mess that we find ourselves.

My Day With Ross

Let me share with you an incredible encounter I had with Ross Perot on Capitol Hill.

He was testifying against one of the many sovereign bailouts of the 1990s at a Senate Banking Committee hearing, which I was attending as the head of the emerging market bond trading desk at a Wall Street investment bank.   Perot testified that the currency that was getting hammered and needed billions of dollars of support from the U.S. government wasn’t the only world currency in trouble:

“The Canadian dollar, the Italian lira, the Swedish krona… all are in trouble.”

After his testimony, he was holding a press conference in the hallway just adjacent to the committee hearing room.   Surrounded by several cameras with the bright lights glaring,  there was Ross holding court with at least ten reporters.

I walked to the back of the scrum and shouted out the question,

Mr. Perot,  are you shorting the Italian lira?

I struck a raw nerve as all hell then broke loose.  Perot was not a good trader and had lost money years earlier shorting Citibank believing the bank was insolvent due to a large “Third World” debt portfolio, which he believed would never be paid back.  I just couldn’t help myself.

Mr. Perot’s face turned bright red as he shot back,

What!!!  Absolutely not. Do you have any more trick questions?

He then stepped forward to confront me, getting right in my face like Billy Martin, the old manager of the Yankees, going after an umpire. 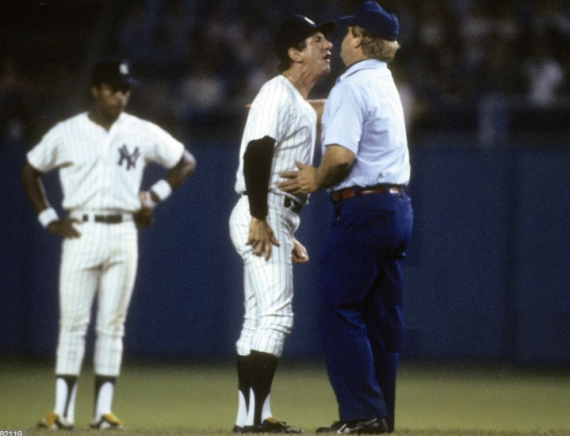 His face was less than six inches from mine. His head was shaking with anger and I could see the red of his eyes.  He was kind of short and was looking straight up into my face.  To say he was pissed off is a gross understatement.

“You boys up there on Wall Street sit in your air-conditioned offices on the 50th floor and wreak havoc down on these countries with your short-selling.”

As I was taking the wrath of Ross Perot, I noticed out of the corner of my eye all the cameras had turned on us filming our little encounter, which I feared would be on that night’s national news.

What was I really feeling at that moment?  I couldn’t believe I had drawn blood from the famous H. Ross Perot.

In the cab (no Uber back then) on the way to the airport, I called back to the office to warn my boss about what he might see on the news later in the day and the blowback that may be coming our way from the bank’s public relations department.

I never did see the footage, but years later I was at a baseball game with a cousin, who lived in North Carolina at the time of the event.  He told me how he turned on the nightly news years earlier only to witness Ross Perot ripping me a new a-hole.

Well done, Ross, I still feel it.  Never agreed with you on much but always admired and respected your fight.  R.I.P.

This entry was posted in Politics, Uncategorized and tagged Politics, Ross Perot. Bookmark the permalink.

1 Response to Ross Perot And Me