How’s that deflation meme working for you?

Back in the day, I would be buying that chart hand over fist if it were a stock, bond, or commodity.  That is a classic breakout to higher prices.

August core CPI came in hot, hot, hot for the third straight month at 0.3 percent.  That’s 3.4 percent annualized for the past three months, folks.   Gotta love the 10-year yield at 1.78 percent, almost less than half core consumer price inflation even as it is breaking higher.

How about the PCE deflator, which utilizes moving weights to allow for substitution.

You know, like if the rent on your apartment is spiking,  you, the consumer, will move out into, say, the cockroach motel down the street, which is a bit more affordable.  No inflation.  End of debate.

The index for all items less food and energy rose 0.3 percent in August, the same increase as in June and July. Along with the indexes for medical care and shelter, the indexes for recreation used cars and trucks, and airline fares were among the indexes that increased in August. The indexes for new vehicles and household furnishings and operations declined over the month.  – BLS

Check out the inflation in the goods & services that really count for the average American, shelter and medical care. 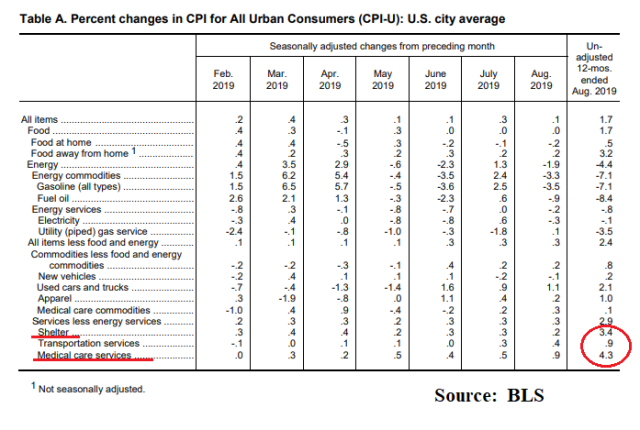 Even as the core CPI breaks out, we believe it still underestimates true inflation i.e., the change in real, actual prices paid.  See our, Deflation? Not Even Close, post here.

We’re not big fans on how the government measures inflation, in the first place,  as the largest portion of any consumer basket is housing (42 percent in CPI basket), which includes shelter (33 percent), and just doesn’t pass the smell test in terms of a true metric of price changes or even a cost of living measurement.

Because the majority of families own their homes, the government uses a proxy called owners equivalent rent (OER)  to measure housing inflation,  which is 24 percent of the CPI basket.   The BLS changed how housing was measured in the CPI basket after the big inflation of the late 1970s, in an attempt to separate housing as an investment versus the shelter services it provides.  – GMM, July ’19

One more thing,  only about one-third of American millennials own their own home, which further distorts the inflation measures. 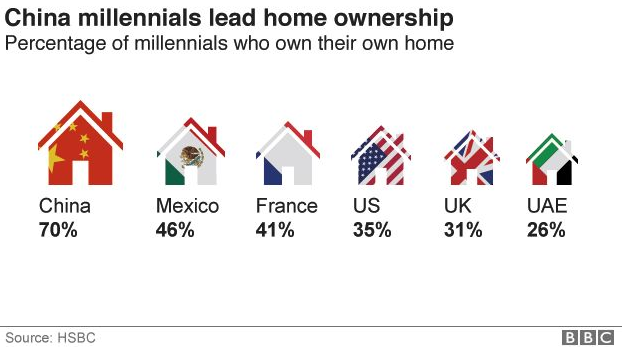 You go, Chairman Powell,  cut those IOER rates to zero as inflation breaks higher.   Give the market socialists what they want. History will surely remember you bigly!

Just Do It.   The one-percenters will love it but the average American and pensioner will then soon need a cup and handle on their tin cup as they are sent begging into the street, crying,

Oh, a storm is threat’ning
My very life today
If I don’t get some shelter
Oh yeah, I’m gonna fade away
– Rolling Stones

This entry was posted in Inflation/Deflation, Uncategorized and tagged Core CPI. Bookmark the permalink.