Back Home And Powered Up

I Nice to be back home with the power on.  We were under mandatory evacuation since early Sunday morning and have been without power for almost a week.

Thanks to our readers for all the support.

We sense a real outrage and a huge and growing backlash toward the “returning value to shareholders” meme, mainly buybacks, rather than spending on CapX.

Lots of forces converging here, to confirm our hard left turn theme, including the failure of the corporate tax cuts to spark nonresidential capital spending and, closer to home, the lack of CapX by the electric utilities to invest more in maintenance to help prevent the California fires,

Five of the 10 most destructive fires in California since 2015 have been linked to PG&E’s electrical network. Regulators have found that in many fires, PG&E violated state law or could have done more to make its equipment safer.

…“There was very much a focus on the bottom line over everything: ‘What are the earnings we can report this quarter?’” said Mike Florio, a utilities commissioner from 2011 through 2016. “And things really got squeezed on the maintenance side.”  – NY Times

PG&E stock is probably going to zero (free money short?) because of the lawsuits, old and new, and the credits they are going to be forced to give to consumers.

Stay tuned on this one. 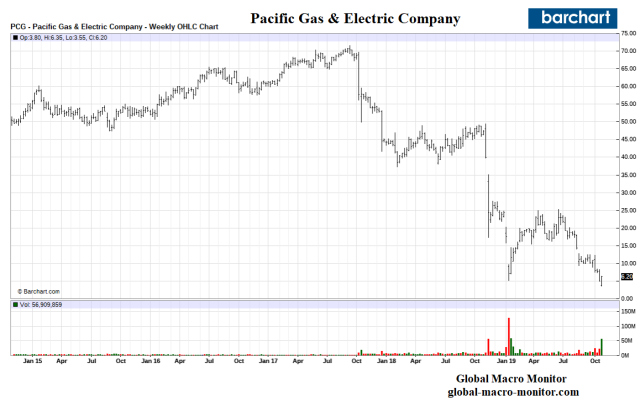 As always, the real heroes were the firefighters, who made several valiant stands fighting back the flames from the heavily populated neighborhoods and keeping this fire from turning into a real disaster.

We met several from all over the western United States.  These guys and gals are becoming the new Navy Seals. 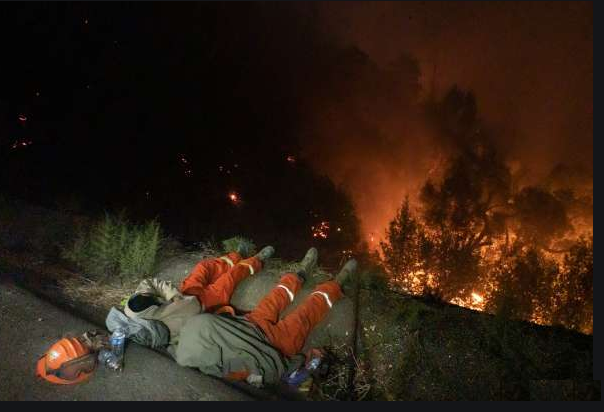 This entry was posted in Economics, Uncategorized and tagged California, Fires. Bookmark the permalink.