We look at the changes in level, profile, and ownership of the corporate bond market over two different periods with the Fed’s Flow of Funds data.

Who Owns The Corporate Bond Market 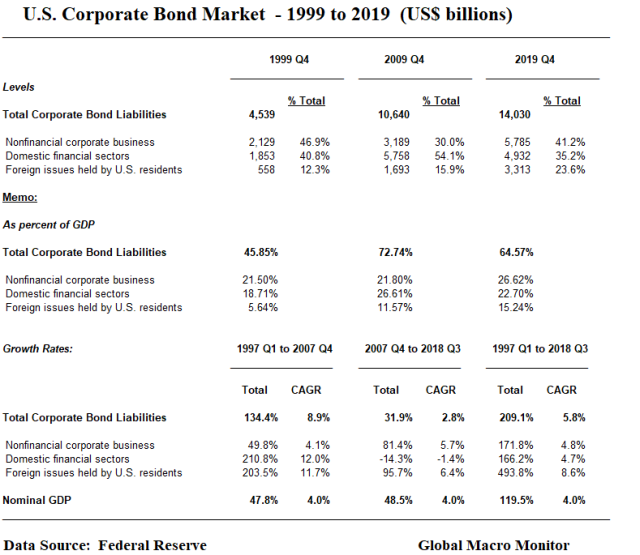