Get up and fight, sucker!

Blast from the past.

We saw a lot of hits on our site today for this post from last year.  Very apropos as it time for America to get up and fight this virus and recession.   And like the Champ fought his battles,  we need a plan and strategy.

What a frickin’ great and iconic sports photo.

53 years ago today, one of the most iconic photos in sport: Ali vs Liston II, captured by the brilliant Neil Leifer – @MeredithFrost 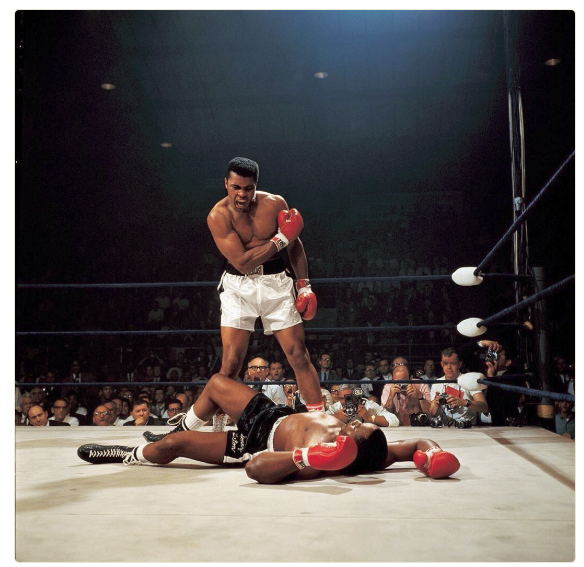 The ending of the second Ali-Liston fight remains one of the most controversial in boxing history. Midway through the first round, Liston threw a left jab and Ali went over it with a fast right, knocking the former champion down. Liston went down on his back. He rolled over, got to his right knee and then fell on his back again. Many in attendance did not see Ali deliver the punch. The fight quickly descended into chaos. Referee Jersey Joe Walcott, a former World Heavyweight Champion himself, had a hard time getting Ali to go to a neutral corner. Ali initially stood over his fallen opponent, gesturing and yelling at him, “Get up and fight, sucker!”  – BoxRec