You’d think the Fed governors would have the sense the political problem they are creating for themselves.  Pumping up the stock market — supporting corporate bonds will do that —  while Main Street suffers is a recipe for sweeping changes to come to the Federal Reserve Act.

The Federal Reserve Act has undergone many amendments after its implementation.

On November 16, 1977, the Federal Reserve Act was amended to require the Board and the FOMC “to promote effectively the goals of maximum employment, stable prices, and moderate long-term interest rates.” The Chairman was also required to appear before Congress at semi-annual hearings to report on the conduct of monetary policy, on economic development, and on the prospects for the future. The Federal Reserve Act has been amended by some 200 subsequent laws of Congress. It continues to be one of the principal banking laws of the United States.  — Wikipedia

We have no doubt a People’s Quantitative Easing (QE) is coming.  We had a small taste of it during the COVID crisis response   That is a direct credit by the Federal Reserve into individual checking accounts.

Not that we oppose it in political spirit but the economics will be a disaster over the long-term.  We can think of much better ways to deal with America’s income and wealth distribution problem but we are already down that rabbit hole and there is no way back.  Do you really think the pols are going to give up what they percieve as “free money?”

The United States is on the fast track to a Japanese style zombie economy, where the Nikkei 225 is still 45 percent below its December 1989 high, even after massive fiscal stimulus and quantitative easing, which includes direct equity purchases by the central bank.  Japan is also a net saver and the U.S. is not.

John Authors of Bloomberg pretty much nails it on today’s Fed announcement,

Meanwhile, the case for intervention is slim, as Brian Chappatta explained forcefully for Bloomberg Opinion. There was no way the Fed needed to do this…..In the short run, it grows ever harder not to buy stocks. In the long run, this will look like a mistake. – Boomberg

The Fed says it is going to start buying individual corporate bonds https://t.co/CM8c909iSU

Prepare For A Massive Blue Tsumami 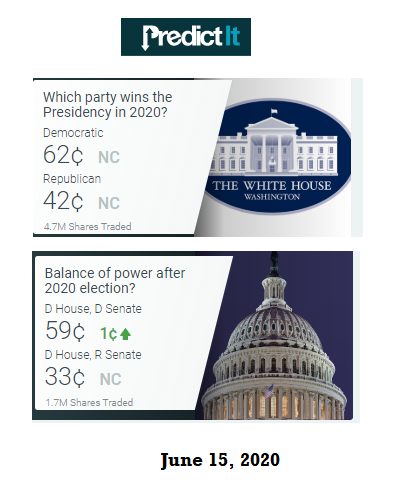 11 Responses to The United Socialist States of America (USSA)