Advertisements for hundreds of brands are due to disappear from Facebook and Instagram on Wednesday, as a wide-ranging ad boycott against the world’s largest social media company is taking effect.

Last week, the Anti-Defamation League along with several civil rights groups had launched the campaign “Stop Hate for Profit”, asking advertisers to pause their spending on Facebook and Instagram in the month of July in protest of the company’s lackluster response to hate speech and other defamatory content across its platforms.  – Statista 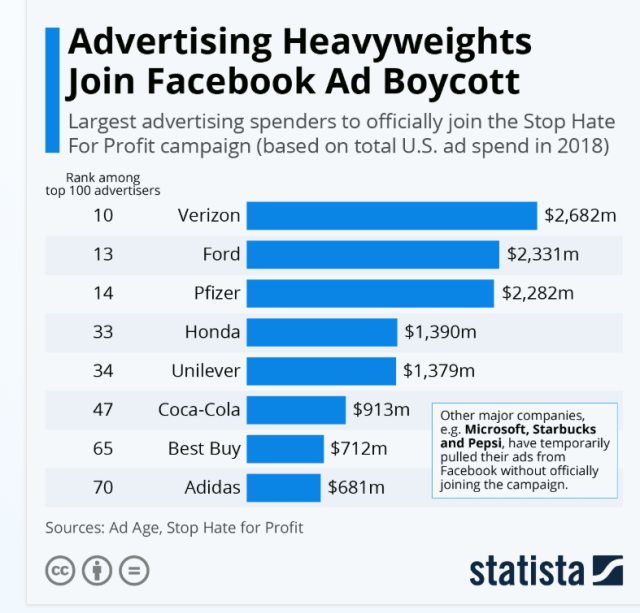 This entry was posted in Social Media, Uncategorized and tagged Ad Boycott, Facebook. Bookmark the permalink.