Week in Review: Swanned Out?

Huge week.  The S&P500, Nasdaq, Russell 2000, FTSE, Mexican Bolsa, and Hang Seng, Euro, and the CRB had their best weeks of the year.   After what we would deem a very disappointing G20, which revealed continued fracture and disunity within the Eurozone, markets are up in Asia and in the overnight session.

This is going to be an interesting week and a big test.  The markets are in a much better technical condition as most global equity indices x/ China have recaptured their 50-day moving averages.  Can the markets now take a big tape bomb or absorb negative news?

Are the risk markets sold out and starting to price a more positive scenario for the three macro swans – 1)  Euro Debt and Banking Crisis; 2)  U.S. recession fears; and 3) China hard landing —  which caused the August crash?  We don’t know and nobody knows, but it sure seems so.

The Nasdaq and Dow are now up for the year and the S&P is within a few points of breaking through stiff resistance at 1230.   The bears have had their chance to really break this market and are now in retreat.  Their  last stand is S&P 1230. We will be watching carefully for a bull trap if we break through resistance just as the bear trap crushed the shorts after breaking support at 1101.

Now let’s see what the bulls have.   We like select tech and energy hedged with a short  in the financials.  If this is the head fake,  the financials will be the first to tell us. 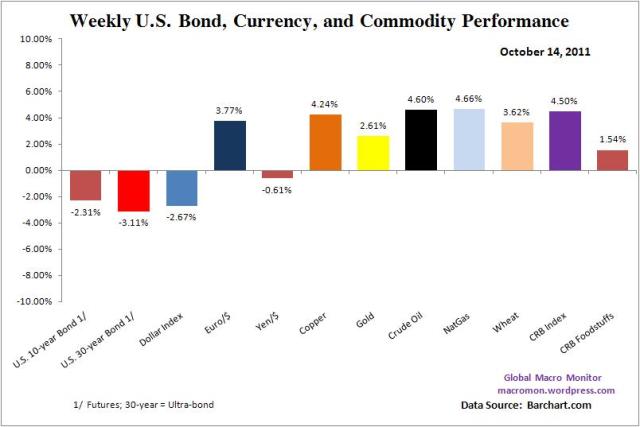 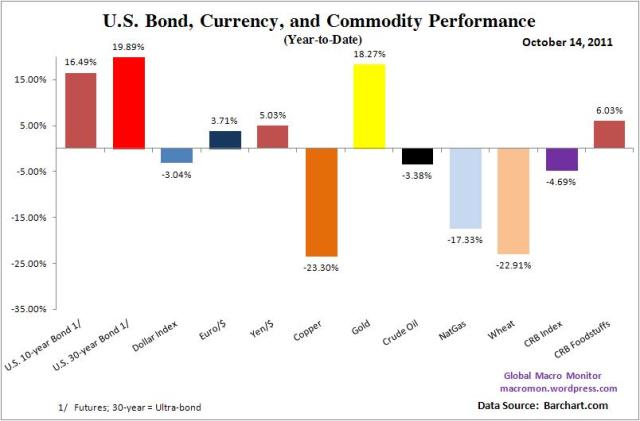