Here’s a piece we’ve been wanting to post for a long time.  Intuitive Surgical (ISRG) is a leader in the development and commercialization of medical robotic technology.  As the chart shows this is not just a concept but a very profitable reality.

The transformative tech theme, which we have been preaching, has really taken hold in the market and is reflected in this year’s impressive 20 percent rise in the Nasdaq.  It’s only March 26th, folks!

Think about these types of transformative technologies being introduced and taking hold across all industries throughout the  economy.   We suspect most business CapEx are  in these types of labor displacing technologies, though this particular example is not so clear in its labor replacing ability.

Nevertheless, this is why we believe Mr. Bernanke was so wrong in his speech today that cyclical forces, i.e, insufficient aggregate demand, is the predominate force behind the country’s long-term unemployment.   Zero interest rate policy (ZIRP)  will not train the new workforce for the new economy that is evolving out of  financial and economic crisis.

ZIRP may put a few more real estate and mortgage brokers back to work and increase some fake wealth that can be levered and consumed, but we have serious doubts that the incremental aggregate demand created by the reconstruction of, say,  the Housing ATM or a new dot.com-like bubble will ever return to the levels it once was.

We’ll try and surf the direction where the markets lead,  but ZIRP it’s misguided and bad, bad policy, in our opinion.  Mr. Bernanke, of all people, surely knows the first principle of economics is that “there is no free lunch.”   How, when, and how much will the total bill be for the free lunch is anybody’s guess.  But we will pay.

Maybe it’s time for some robotic central bankers, who follow rules and algorithms and reward savers rather than reacting to every 20 point move down in the S&P500.  You think? 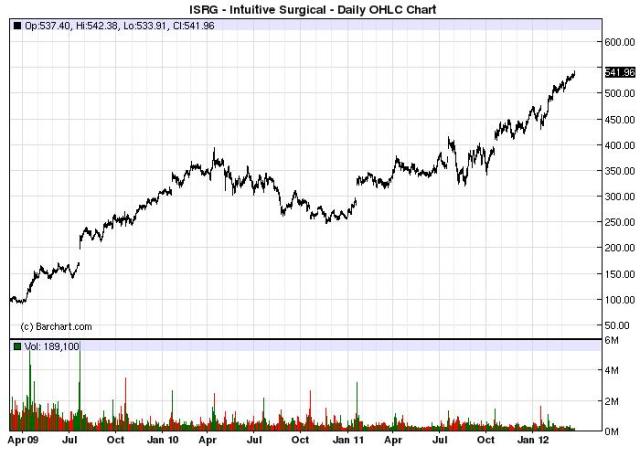 (click here if chart and video are not observable)