We have long held that interest rates have been so low (especially real rates) that it will take some time to reach a level for them to really matter and impact markets. The 2-year yield crossing over the S&P500 divie yield this past week for the first time in the last ten years is unlikely to slow the momentum driving risk markets. Nevertheless, they are getting closer to the zip code — after two years since the tightening cycle began — where they will begin to impact fundamental valuations (what is the fundamental value of Bitcoin?) and the relative pricing of risk assets. Keep it on your radar.

Long-term rates are so utterly distorted by the central banks we are not sure if the markets even pay attention anymore. Pancaking of the yield curve? Not the signal it used to be.  Meh!

The above, of course, is somewhat offset by the massive stock of central bank money in the global financial system which has driven up asset values to a level that has finally kicked the real economy into third gear.  This has created the perception of a Goldilocks global enviornment and positive feedback loop between markets and the economy.  Now add fiscal stimulus.

The unprecedented reservoir of the mix of this type of money is still so full it will take some time to drawdown central bank balance sheets to parch the risk markets. A higher share of central bank money relative to credit based bank money reduces global systemic risk and thus asset price risk premia.  Thus, additional market distortions.

The party continues.  Momentum is a powerful thang!   Until it isn’t. 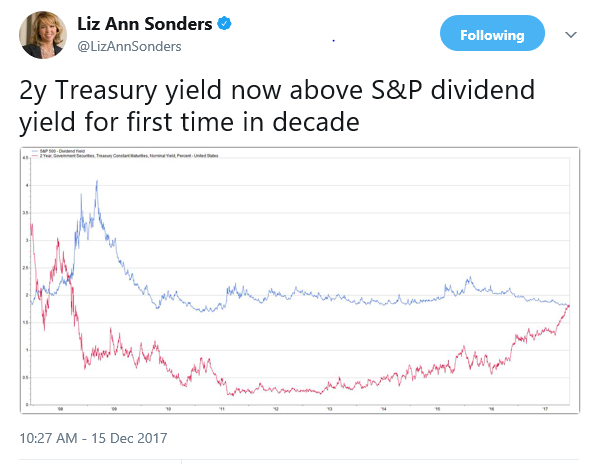