POTD: DoJ Flipping Off The President?

It is heating up, folks.  Keep it on your radar.

Scoop: Besieged Sessions dines with Rosenstein
If Donald Trump finally follows through on his rage and fires Jeff Sessions, the image with this story will be printed in history books.

Tonight at 7:35pm, the Attorney General strode into a high-end Washington restaurant to dine with his deputy Rod Rosenstein and the Solicitor General Noel Francisco.

The symbolism was unmistakable: the three top ranking officials in the Justice Department appearing together in a show of solidarity on the same day Trump is publicly and privately raging about Sessions.

When Trump sees this photo he’ll have to absorb a concept that some of his aides have been trying to impress upon him for nearly a year, since he first began telling them he wanted to get rid of Sessions.

The concept: Fire Sessions, then what next? Are you going to fire Rosenstein too? And then what after that?

Sources close to the situation say today feels different than Trump’s usual rages. Sessions’ allies are deeply concerned and Trump is totally fed up with his AG.

Trump has been taunting and publicly humiliating Sessions for months now, but his tweet this morning was as rough as any he’s sent:

Why is A.G. Jeff Sessions asking the Inspector General to investigate potentially massive FISA abuse. Will take forever, has no prosecutorial power and already late with reports on Comey etc. Isn’t the I.G. an Obama guy? Why not use Justice Department lawyers? DISGRACEFUL!

A source close to Sessions, who has spoken with him, says that this meeting was “in no way planned as pushback or an act of solidarity against the president.” The source said Solicitor General Noel Francisco requested the meeting some time ago to talk about carrying out various aspects of the department’s and administration’s agenda. – Axios 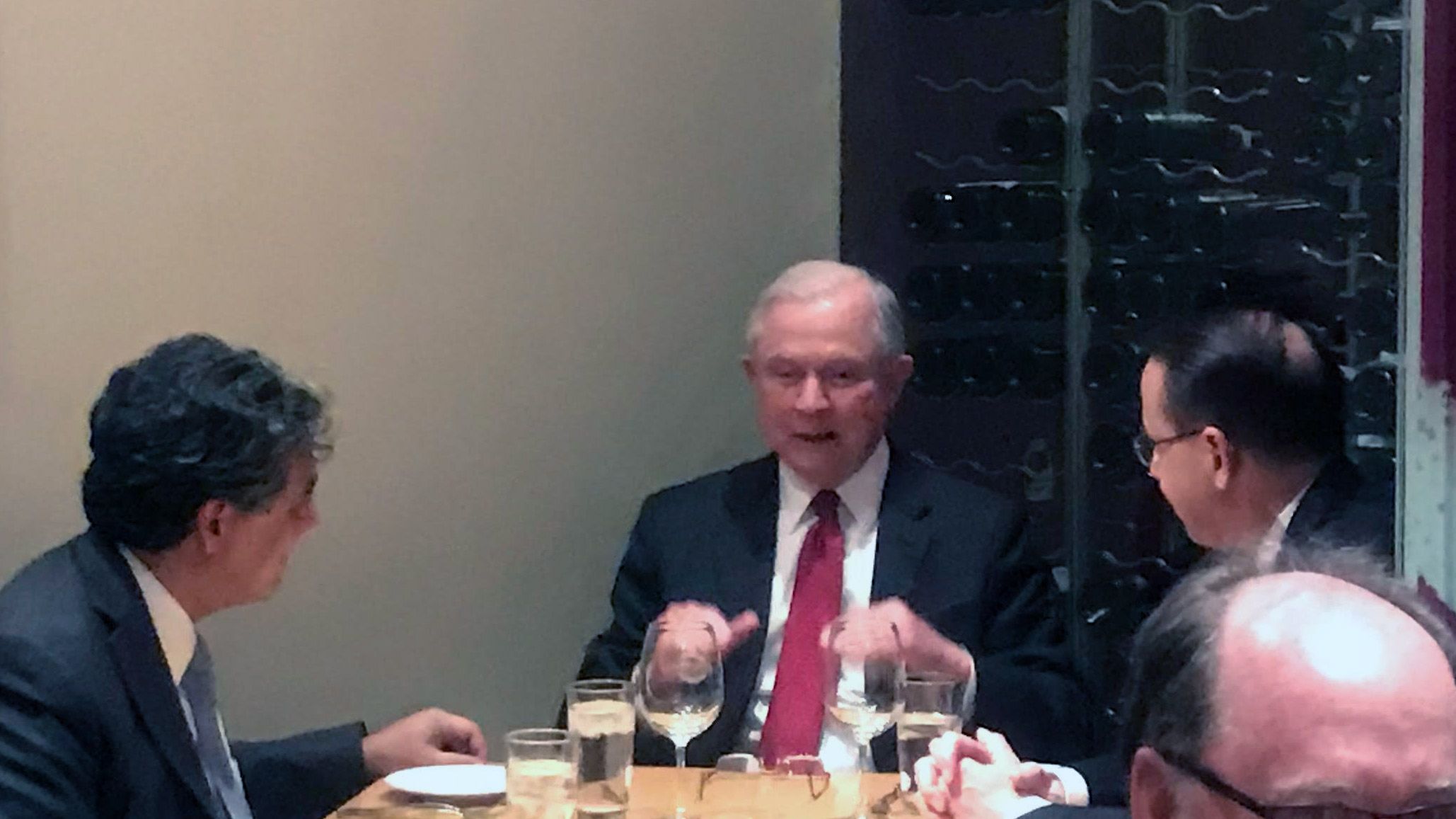 (POTD = Picture of the Day)

This entry was posted in Policy, Politics, Uncategorized and tagged Axios, Seesions, Trump. Bookmark the permalink.