The Bund With A Draghi Tattoo

The consequences for global markets of an end to ECB QE will be much bigger than those associated with the end of the Fed’s QE –  Guillermo Tolosa, Oxford Economics

Huge ECB meeting on Thursday.   Will Mario Draghi announce a path to normalize monetary policy and  interest rates, which will burst the European bond market bubble?

Based on the 10-year interest rate-nominal GDP growth heuristic,  German yields have a lot of runway to move higher once the ECB removes its thumb from the scale.

The below chart illustrates the German 10-year sovereign yield rarely closed on an annual basis below nominal GDP growth until the great financial crisis. 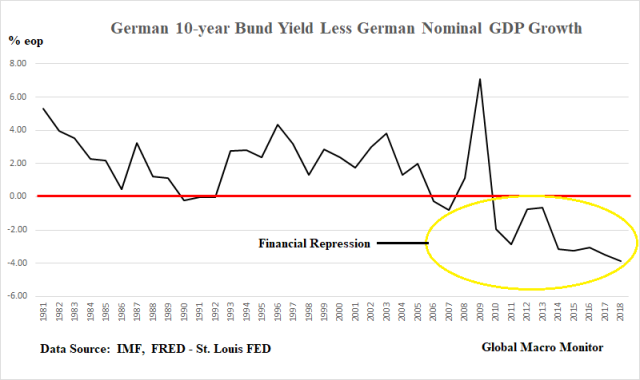 A close above 92 bps on Bund on the weekly and it’s off into the “great wide open.” 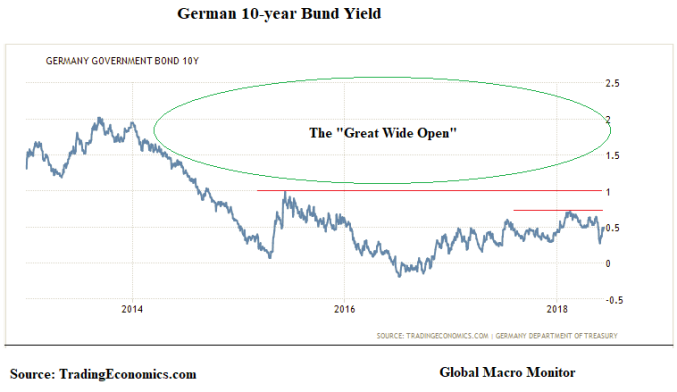