The Best MLK Weekend Of All-Time

We are reposting this in honor of Dr. King, a truly great American.

During my Lehman days as a bond strategist, the firm’s research group would do a January roadshow in many of America’s major cities to present our ideas to institutional investors.   One particular year, we were in Atlanta at the end of the week and scheduled for another “greatest show on earth” in Chicago the next Tuesday.

A Weekend In The Peachtree Hyatt

Rather than flying home to New York, I decided to stay over in Atlanta and migrate north on Monday evening.   It was MLK weekend and I wanted to attend services at the Ebenezer Baptist Church, where Martin Luther King, Jr. was baptized as a child and gave his first sermon. If my memory is correct, I believe his father also pastored the church.   His mother was shot and killed while she played the organ in that church in 1974.

Dr. King’s tomb is located just outside the side door of the church in the middle of a reflecting pool.

I recall three of my main takeaways from that Sunday morning.

Nevertheless, I felt incredibly welcome and never — not for one nanosecond —  was conscious about such a silly thing as the difference of the color of my skin.  During the greeting time, the Ebenezers made me feel so welcome and a part of their family.

Second, not to contradict Dr. King, but I believe the service started at 9:30 AM and went to almost 1:00 PM!  Maybe it was a special MLK weekend service.  The pastors in the mostly white churches I have attended have trouble keeping the attention of the congregation for more than 20 minutes.

Third, the sermon was entirely different from those I had experienced in middle-class white churches.  Less doctrine, though similar theology, and more real life.  The struggles of raising children in poverty.  Grandparents raising their grandchildren. Troubles with children with drug addiction. The struggles of being black in white America.   No pretense of being sinless and perfect, no holier than thou vibe, no judgment, no condemnation, no guilt, no shaming.  All love, compassion, kindness, and forgiveness.  Just like the real Jesus.

Also, the sharing of the same joys and blessings.  New babies, college graduates, marriages, medical recoveries, and others.

It truly echoed the genius and saintliness of Dr. King.

I walked away convinced the Church for the African-American community was much more — that is a considerable part of their life — than what I had experienced in white evangelical America.

Yes, maybe some of us attend more than just Sunday services, but many, such as yours truly, often do so with the dubious motive of seeking the blessings of personal peace and personal prosperity.  The community of the Church, as it for the African-Americans, though not always, is secondary.

The next day, Martin Luther King Jr Day, I spent across the street at the King Center.

More Empathy, Less “Being A Dick“

What great memories from that unforgettable MLK weekend.

I grew up lower-middle class in the white suburbs of Los Angeles, attending an all-white high school.  Fortunately, I had a father, who was politically left of the salad fork (out of a rebellion,  I became a conservative in college),  and also spent my first 25 years playing sports, fighting in the baseball trenches with, pulling for, breaking bread, and downing brewskies with my teammates of color; or as I grew to learn colorless.

I am very thankful for those experiences.  It helped me integrate into and see the real greatness of America.

I feel sad for my many brothers and sisters who have not had the same privilege and are stuck still watching black and white television:  unable or unwilling to embrace and enjoy the tremendous diversity of this great country.

Ditto for the similar ignoramuses from other races and ethnic groups. 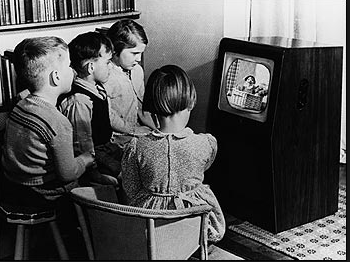 I can’t imagine eating steak and potatoes every day and every night.

Ignorance And Racism Know No Boundaries

Let me finish by qualifying all of the above.

Racism is such a prominent feature of so many human societies that some evolutionary psychologists have concluded it is “natural” or “innate.”  We don’t know about that but are certain it is not just a “white thing”, a “black thing, or a “brown thing,” etc.

Now, more than ever it is time to commit to expanding our menu.  Let’s make it a point to understand and enjoy the perspectives and various cultures of all the different races and ethnic groups.

Allegorically, and literally, let’s eat more balaedas, falafel, babaghanoush, borscht, moussaka, and bouilli, among others.  The steak and potatoes will taste sooo much better.

Sorry to end on a note that violates the spirit of Dr. King but I can’t help myself.

Any white man (probably less so for a white woman) who think they know what it is like to be an African-American growing up and living in America, has their head…well…you know where.

Bring on the hate mail.