The Global Supply & Demand Shock Of The Coronavirus

Our analysis of the impact of the Coronavirus is a work in progress and nobody knows the endgame.  It is still the early days of the epidemic, and its dynamics will take time to understand. The scale of the impact will depend on how contagious and lethal it reveals itself.  That is the second derivative of the infection rate – the rate of change of the rate of change.

There is a supply shock to global manufacturing as many factories in the world’s supply chain will be shuttered for longer, which shifts the global supply curve left, increasing-price and production pressures.  Ergo component shortages, higher prices, and lower production.

The 2 percent decline in the U.S. stock market and collapse in bond yields are signaling a potential global aggregate demand shock that offsets inflationary pressures of the supply shock.

The epicenter of the outbreak is Wuhan, one of China’s largest manufacturing centers. Foxconn and Pegatron have operations there, as do memory manufacturers such as XMC (non flash) and Yangtze Memory Technologies Co. (non-volatile memory).

The electronics industry is poised for a cascading disruption that could change industry growth forecasts for the year. Bill McLean, president of semiconductor research firm IC Insights, said the virus has exacerbated the economic unease that has stalled semiconductor capital investment.

“Brexit, trade issues and now the coronavirus are causing global uncertainty,” he said  at a Boston-based forum. “Uncertainty causes [businesses and consumers] to freeze.” Worldwide, semiconductor capital spending is forecast to decrease by roughly 6 percent this year, from $103.5 billion in 2019 to roughly $97.6 billion.

Zhang Ming, an economist at government-backed think-tank the Chinese Academy of Social Sciences, warned that the virus could push China’s economic growth below 5 per cent a year in the first quarter, reported the Financial Times. Economic consensus currently puts China’s GDP growth at 5.7 percent. That average has steadily declined since 2018, according to McLean.  — EE Times

More than 300 of the Global Top 500 companies have a presence in Wuhan, including Microsoft and Siemens. Wuhan is located in the Hubei Province.

Wuhan has 10 car factories, including those Honda, Renault, PSA and General Motors. The car industry represents around 20 percent of the city’s economy and employs 200,000 people directly and more than a million indirectly.

Most factories lose about two weeks of production in total during the Lunar Holiday but more production will be lost as the holiday has been extended.

Here is a look at the main manufacturing regions in China.

Glass: More in Hebei, Jiangsu, some in Shandong and Guangdong provinces.

Furniture: Mainly in Guangdong and Hebei province, the rest in Jiangsu, Zhejiang, Shanghai, Chengdu and Beijing. 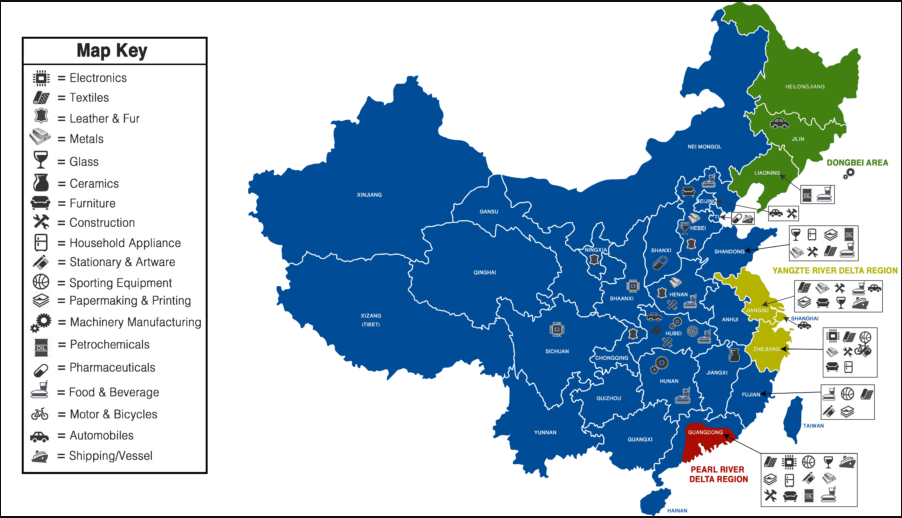 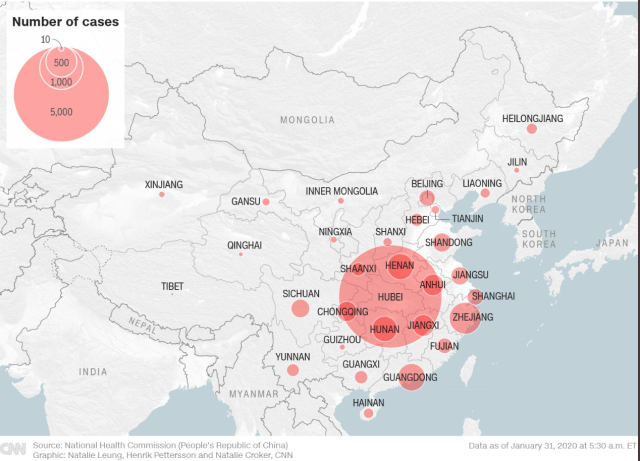 29 Responses to The Global Supply & Demand Shock Of The Coronavirus