Time For Some Context, Again

Stock prices are likely to be among the prices that are relatively vulnerable to purely social movements because there is no accepted theory by which to understand the worth of stocks….investors have no model or at best a very incomplete model of behavior of prices, dividend, or earnings, of speculative assets. – Robert Shiller 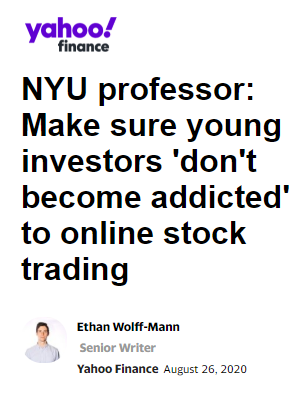 This person willing to pay top dollar is called the “marginal buyer”. Most of us don’t really think about him [her] much, but he (or she) is very, very important.

Why? Because the marginal buyer not only determines price levels, but also their stability and degree of volatility. The behavior of the marginal buyer, as well as the degree of competition for his/her “top dog” spot, sets the prices of nearly every asset class held by today’s investors.  – Peak Prosperity 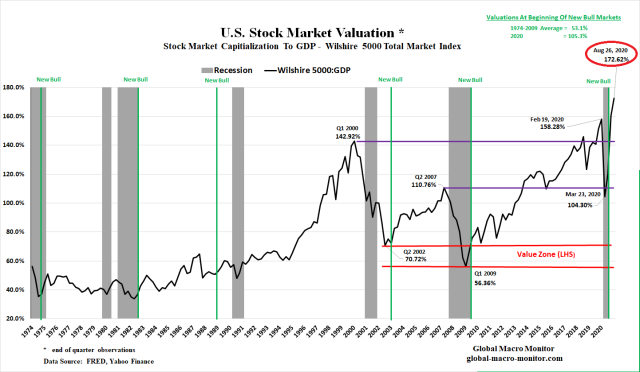 This Time Is Different

• The central bankers, policymakers and investors involved in every financial bubble are utterly convinced that, in terms of economic events, “this time is different.”
• Otherwise-savvy people ignore the telltale signs of a bubble when they are in the grasp of “this-time-is-different syndrome.”
• Even brilliant thinkers like former Federal Reserve Chairman Alan Greenspan fall victim to this syndrome.
• Bankers and economists in the ’20s predicted that wars would not recur and the future would be stable.
• From 2003 to 2007, conventional wisdom said central bankers’ expertise and Wall Street innovations justified soaring home prices and rising household debt.
• In fact, rising home prices and financial innovation are strong indicators of a bubble.
• Currency debasement was common for centuries. In the past 100 years, inflation has replaced debasement.
• Financial crises have occurred regularly over the past two centuries.  –  Reinhart & Rogoff

9 Responses to Time For Some Context, Again