China has released video of a simulated air strike on the U.S. territory of Guam after Under Secretary of State @KeithJKrach visited Taiwan. More @business: https://t.co/je6XM6CaBE pic.twitter.com/YntkbIIQRJ

We originally posted the following in October 2018 after President Trump threw Montenegro, then the newest member of NATO under the bus a few months earlier.

We suspected POTUS’ loose lips would someday sink ships, at least metaphorically, if not literally.

The flapping of his jaws back in July 2018, we believe, triggered the geopolitical dynamics, sending a signal to Moscow and Beijing that the U.S. was not committed to its allies and we now find ourselves on the verge of a geopolitical hurricane.

As if the market didn’t have enough on its plate dealing with its extreme overvaluation and the current American political shit show.

We posted the following in July after President Trump threw Montenegro under the bus.

Taiwan may be about to get hot, hot, hot in the next year after last night’s Commander in Chief’s ambiguous message on defense treaties.  – GMM

One of GMM‘s most excellent followers, who we very much like and respect, responded with this:

This whole article is a science-fiction of oh, this could happen, and oh that could happen…. And we could be hit with an asteroid tomorrow. Just sit back and watch the hands that are dealt and how they are played. This article is either Sci-fi or false news. Your choice!

By the way, in case your wondering about Montenegro?  It didn’t take a Ph.D. in international relations to figure out Trump’s interview with Fox would lather up Putin and wasn’t difficult to anticipate the outcome.

In an interview with Fox’s Tucker Carlson last night, President Trump seemed to question the raison d’être of NATO and foreign alliances in general.

Tucker Carlson:  So membership in NATO obligates the members to defend any member that is attacked.  So let’s say Montenegro, who joined last year,  is attacked, why should my son go to Montenegro to defend it from attack?

President Trump:  I understand what you are saying. I have asked the same question. You know Montenegro is a tiny country with very strong people… They may get aggressive, and congratulations you are in World War III…But that is the way it was set up, don’t forget I just got here.  – The Day “Strategic Ambiguity” Died. GMM  July ’18

Are you then surprised at the following?

A recent parliamentary election in Montenegro may have attracted little notice outside the country, but it will have outsized repercussions for the international order. Strongman President Milo Djukanovic has been in power for nearly 30 years at the helm of his pro-Western Democratic Party of Socialists, which lost its bid for reelection in the Aug. 30 vote, although Djukanovic will stay president until 2023. Taking the Democratic Party of Socialists’ place is a pro-Russian and pro-Serbian-led alliance, which has given Moscow an ally not just within NATO, but potentially within the European Union. It’s high time the EU wakes up and does something to stem Russian President Vladimir Putin’s creeping influence in the Balkans.

The newly formed coalition of opposition parties set to lead the small Balkan state have notionally agreed to continue Djukanovic’s pro-Western tilt, but that is unlikely to stop the festivities in the Kremlin. After all, the new coalition’s first goal, according to one of its leaders, is to lift the country’s sanctions on Russia. And although much of the Montenegrin public may be cheering the end of Djukanovic’s autocratic rule, the happiness is likely to be short-lived. Their small nation is just the latest Balkan domino to fall toward Moscow. – Foreign Policy, Sept 17th

Here is some excellent context from General H.R. McMaster in tonight’s 60 Minutes interview as to what is driving the increasing global geopolitical instability.  McMaster is now teaching at Stanford.  It’s well worth your time. 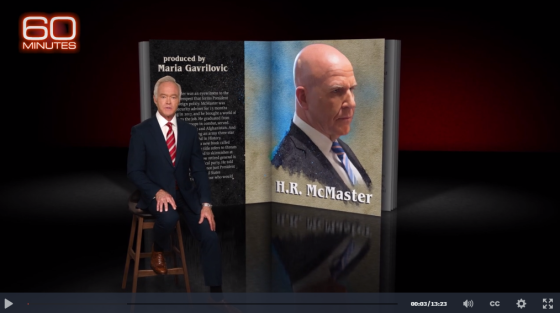 Wonder what our dear reader is thinking now?

5 Responses to The Taiwan Strait Getting Hot, Hot, Hot…2.0