The improvement in emerging-market fundamentals can most easily be seen in the current-account deficits among Morgan Stanley’s so-called “fragile five,” a group of nations the bank identified in 2013 as being particularly vulnerable to higher global rates. The gap reached 4.6 percent of gross domestic product four years ago, but has since narrowed to just 1.8 percent.  –  Bloomberg 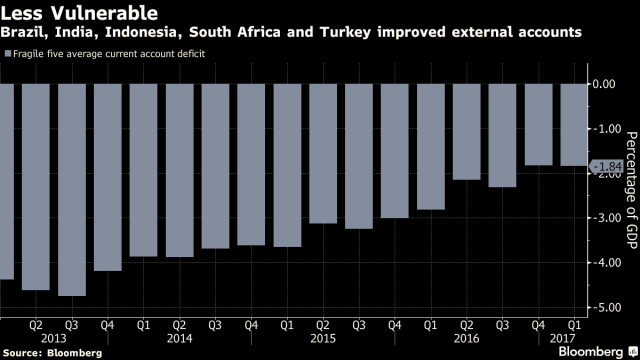