Relatively quiet week in global equity markets given the FOMC’s historic decision to start reducing the Federal Reserve balance sheet, to which we called the market action a big double cheese non-burger.

Argentina continues  rockin’ the free world, up almost over 5 percent this week and closing in on the 50 percent mark for the year.  Argentina’s competitiveness is getting a double boost with a weaker currency, down 9 percent against the dollar this year and the dollar index is down 10 percent.   That’s about 20-25 percent boost in euro terms.

Emerging market equities have been stellar this year.

“After lagging for many years, there has been a significant breakout to two-year highs in the MSCI Emerging Markets Index relative to the S&P 500,” he wrote in a note, calling this “another indicator that the EM strength could be legitimate and should continue to be a place to find potential alpha in well-diversified portfolios.”  – Ryan Detrick via MarketWatch

Turkey down on “dodgy” politics and as global markets begin to fret over carry trade countries with high-interest rates to attract hot money capital flows to cover current account deficits.   Turkish 10-year yield up 27 bps on the week.

Big move down in Portugal 10-year yields as the sovereign recaptured its investment grade rating from S&P.   Brazil continues to come in as markets are true believers in potential economic reforms of a government under political fire.  Brazil and Indonesia bonds rates are honey to yield seeking capital in a NIRP and ZIRP world.

Turkey hit with what was noted in stock section above.

The UK and China sovereign ratings were downgraded this week.  Ratings agencies always the last to turn out the lights and markets are way ahead of the them.

Dollar relatively stable and strong against EM.  The Dixie holding above the 91-92 level on the FOMC action.  Euro/$  having a tough time cracking and holding the 1.20 level.    Shorts may get nervous.

Nothing big except iron ore continues to flop.  Not that bad of a week for the complex given the Fed action.

Energy stocks,  this year’s big laggard,  bought up as expectation crude in a new higher range of $50-55.   Euro banks up on stronger PMIs throughout Europe.  Russell looks like it is ready to take out new high.   Stress index and VIX lower.   Markets believe all is well.

On Our Radar Next Week

Notice a prevailing narrative from the above?

The whole world, even now the west, is slouching toward tribalism.

Most important, we are preparing for the coming October correction we have been looking for. 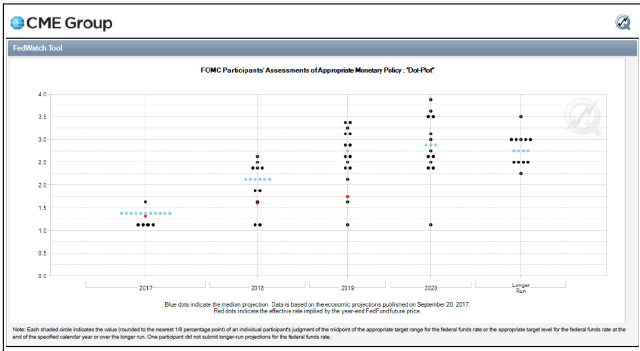 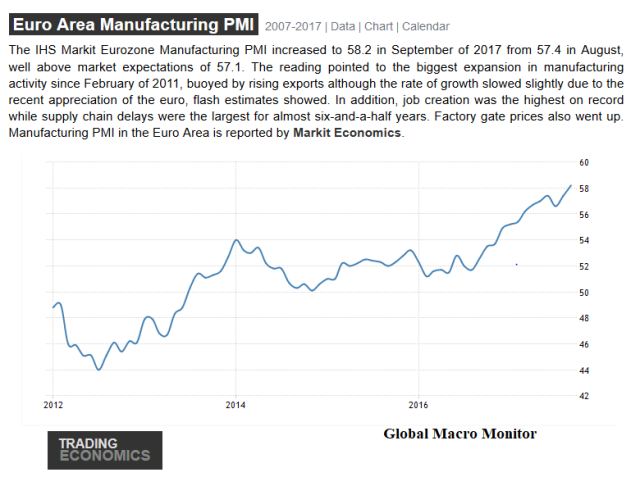 This entry was posted in Uncategorized, Week in Review and tagged bonds, Commodities, Currencies, Stocks, Week performance. Bookmark the permalink.