When was the last major sovereign debt restructuring in Venezuela?

The Brady Plan in 1990, which, I helped design and negotiate as a young economist/investment banker as part of my bank’s excellent negotiating team and member of Venezuela’s bank advisory committee of international creditors.

My main contribution to the deal was to set the pricing of the menu – discount and equivalent interest rate – after the final haircut was negotiated;  calculate the foreign currency equivalent coupon rates — 6.66 percent for the Deutschmark equivalent to the 6.75 percent dollar coupon rate, for example.  The German bankers and I agreed to round up to 6.67 percent for obvious reasons.  I also designed and helped negotiate the oil warrants, which Hugo Chavez really didn’t want to pay.

The current situation in Venezuela couldn’t be more different than during the country’s last debt workout.

First, Venezuelan debt is now mostly owed to China and Russia and the remainder in the form of bonds, which are in default.  In 1990, most of Venezuelan debts were instrumented as loans and with exception of a short period, where the country tried to increase its negotiating leverage, were current on interest payments.

Second, the United States was hugely influential, not just in Venezuela, but throughout the world.  The Berlin Wall was no more and it was peak America.  Venezuela was the third Brady Plan restructuring, after Mexico and Costa Rica, of Bush #41’s hallmark  emerging market debt plan, which reignited capital flows from the core back to the periphery. 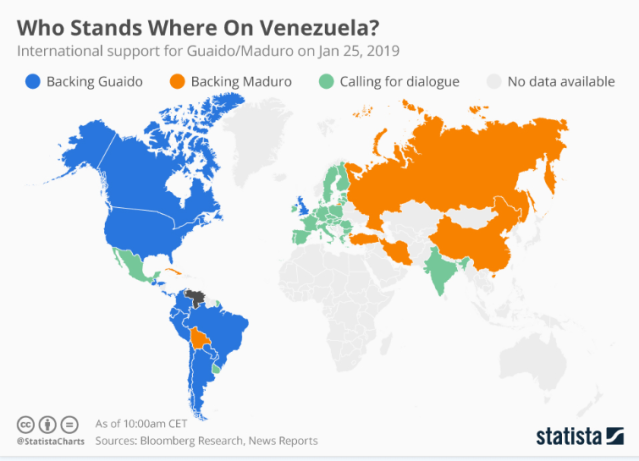 Moreover, reports and rumors of foreign influence in Venezuela are ubiquitous. Chinese naval ships docking in Venezuelan ports; rumors of Russian mercenaries on the ground to protect the Maduro government (though they deny it) and the arrival nuclear-capable Russian bombers, and threats by the Iranians to send special naval ships and helicopters to Venezuela.

The Chinese are in Venezuela for more pragmatic and commercial reasons while the Russian presence is motivated more by geopolitical considerations.  By setting up a beachhead in the Americas close to the United States, Putin is trying to send a message and copycatting the U.S. and NATO foreign policy of what he perceives as meddling in Russia’s sphere of influence, particularly in Ukraine.

The domestic situation is so untenable in Venezuela, however, there is probably little these countries can do to prop up Maduro and their saber rattling is largely symbolic. Let’s hope so.

Rumors are the Russians are already willing to talk

Venezuela On The Hook For Big Money To China and Russia

As of 2016, Venezuela owed China, the country’s largest creditor,  approximately $62 billion, much of which Caracas pays, or paid,  in-kind with oil. Moscow has provided Venezuela $17 billion in loans and investment, and in December the two governments signed a new deal in which Russia will invest $6 billion in Venezuela’s oil and gold sectors.

This, once again, raises the age-old problem of sovereign debt.  There is no transparent sovereign balance sheet or national capital structure to determine the seniority of each claim on the country.

Traditionally, the sovereign debtor would carve out an informal seniority structure, usually based on the net transfers flowing into the country from each of its creditor groups.  The net transfer to private creditors is always negative during periods of economic and political distress, which lead to sudden stops of capital inflows, and thus they are usually first in line for default.

The International Monetary Fund, the World Bank, and other official creditors, whose raison d’etre is to lend into countries in distress are almost always deemed senior creditors and paid first.   In Venezuela’s case, however, its all academic as the country paid off its debts to the IMF and World Bank during the Chavez regime and currently has no relationship with either.

The Coming Battle Over Preferential Treatment

We suspect a coming donnybrook between Venezuelan creditor groups, including China and Russia, which is still a long way off,  about who will have preferential treatment and be paid first.

The current situation is very complex and complicated and the preconditions of the future and far out debt restructuring look eerily familiar to the gunboat and debt diplomacy of Venezuela’s debt default of 1902.  Though we don’t expect China and Russia to blockade Venezuela’s ports.

The Venezuela debt crisis began in 1901 when Cipriano Castro, Venezuela’s president, defaulted on millions of dollars in bonds owed to European nations.  The creditors, especially Germany, Italy, and Great Britain, threatened military intervention if the debts were not repaid.  President Castro, who refused to engage in settlement talks, did little to resolve the escalating crisis.

Initially, President Theodore Roosevelt believed that that the European nations were justified in intervening in Venezuela in order to protect their citizens and property.  In fact, Hermann Speck von Stenberg, a German diplomat and personal friend of the president, wrote the president to explain Germany’s intention to collect its debt.  TR’s response in July 1901 approved of Germany’s plans. He also warned the Germans not to annex any territory.

Later, Castro ignored a final ultimatum demanding payment of the debt. In response, German, British, and Italian forces seized several Venezuelan vessels, bombarded coastal forts, and established a naval blockade of the country in December 1902.  President Roosevelt became leery of continued European intervention in the region. He responded to the crisis by pressuring all parties to reach a settlement.

By January 1903, the boycott had devastated Venezuela’s economy.  A desperate Castro asked President Roosevelt to negotiate a settlement.  Not surprisingly, Roosevelt jumped at the opportunity to restore order in the western hemisphere.  The British were eager to get out of Venezuela and endorsed the proposal.  The crisis abated in February 1903 when Venezuelan leaders agreed to reserve 30% of the country’s custom duties until all of the debt claims had been settled.  Theodore Roosevelt did not wish to see European intervention in the western hemisphere again so he announced the Roosevelt Corollary to the Monroe Doctrine in 1904. – TR Center

Details Of The Final Deal

After agreeing to arbitration in Washington, the United Kingdom, Germany and Italy reached a settlement with Venezuela on 13 February, resulting in the Washington Protocols. Venezuela was represented by US Ambassador in Caracas Herbert W. Bowen. Venezuela’s debts had been very large relative to its income, with the government owing Bs120 million in principal and Bs46m in interest (and another Bs186m claimed in war-related damages), and having an annual income of Bs30m. The agreement reduced the outstanding claims by Bs150m, and created a payment plan taking into account the country’s income.  Venezuela agreed in principle to pledge 30% of its customs income at its two major ports (La Guaira and Puerto Cabello) to the creditor nations.  Each power initially received $27,500, with Germany promised another $340,000 within three months. The blockade was finally lifted on 19 February 1903.  The Washington agreements foresaw a series of mixed commissions to adjudicate claims against Venezuela (of respectively one Venezuelan representative, one representative from the claimant nation, and an umpire), and these “worked, with a few exceptions, satisfactorily; their awards were accepted; and the dispute was widely regarded as settled.”

However, the blockading nations argued for preferential treatment for their claims, which Venezuela rejected, and on 7 May 1903 a total of ten powers with grievances against Venezuela, including the United States, signed protocols referring the issue to the Permanent Court of Arbitration in The Hague.  The Court held on 22 February 1904 that the blockading powers were entitled to preferential treatment in the payment of their claims.  The US disagreed with the decision in principle, and feared it would encourage future European intervention to gain such advantage.  As a result, the crisis produced the Roosevelt Corollary to the Monroe Doctrine, described in Theodore Roosevelt‘s 1904 message to Congress. The Corollary asserted a right of the United States to intervene to “stabilize” the economic affairs of small states in the Caribbean and Central America if they were unable to pay their international debts, in order to preclude European intervention to do so.  The Venezuela crisis, and in particular the arbitral award, were key in the development of the Corollary.   – Wikipedia

We don’t know, nor does anyone else, what a final Venezuelan debt restructuring will look like or even the path to getting to one.  One thing is certain, however, Venezuela’s debt workout will be one of the most complicated and complex in history, full of international intrigue and global power politics.  Just as it was during 1901-1904, which almost led to war.

Recovery Value Of The Bonds

Given all of the above, the risk-arbitrage  trade is not so simple and much more uncertain.  A simple calculation of the recovery value of Venezuelan bonds based on past deals and then calculating the expected value of the final restructuring is exponentially more complicated and really doesn’t apply here, in our opinion.

Nevertheless, the market isn’t there yet and Venezuelan bonds will continue to rally on any positive news, which seems to be in the pipeline.

In other words,  the bonds are tradeable but not investable. 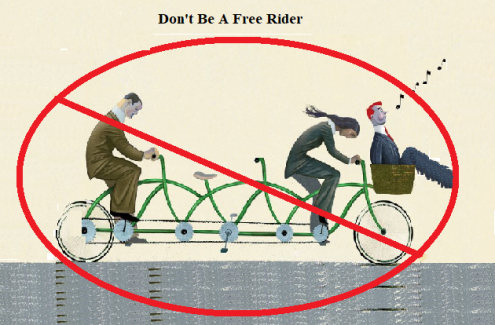 Help keep the lights on at the Global Macro Monitor.   Contribute any amount based on your perception of our value added by clicking the PayPal donate widget at the right side of the screen.  You don’t need a PayPal account just a credit card.  Thank you!