What Are They Thinking?

Stocks are reeling from the following headline.

It’s in the preliminary stages and nothing has been decided, the source said. There’s also no time frame for their implementation, the source added.  – CNBC

The difference between a country’s external financial assets and liabilities is its net international investment position (NIIP).  A country’s external debt includes both its government debt and private debt, and similarly its public and privately held (by its legal residents) external assets are also taken into account when calculating its NIIP. Note that commodities, as well as currencies tend to follow cyclical patterns, whereby they undergo significant valuation changes, of which is reflected in NIIP.

A country’s international investment position (IIP) is a financial statement setting out the value and composition of that country’s external financial assets and liabilities. A positive NIIP value indicates a nation is a creditor nation, while a negative value indicates it is a debtor nation.  – Wikipedia

The trade war, the political manipulation of imports and exports, and the threat of managing capital flows are just too much of a slouch toward socialism, in our book. 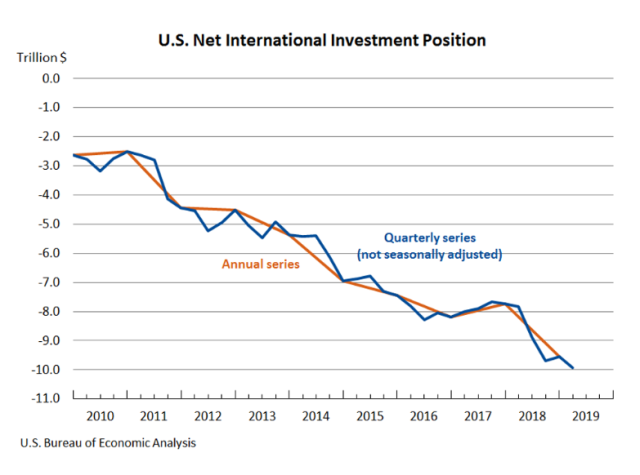 Do you think the SEC has the same concern of protecting the public from overhyped and overvalued IPOs that owners dump on the public?  Think loss-making Uber, which is down 30 percent since its IPO and WeWork, almost.    Just askin’.

Running Out Of Free Lunches

We are almost out of free lunches, folks, and will be posting only sporadically unless your support increases.   Donate whatever you think is fair by clicking on the PayPal button just below the Twitter and search icons on the upper right-hand side of the blog.  You do not need a PayPal account and can use almost any credit card.

Don’t be a free rider.  Thanks, so much. 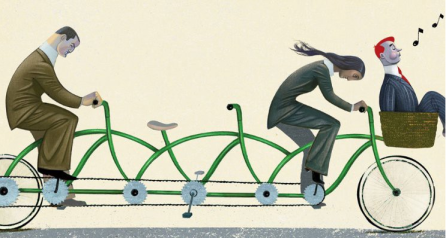