Are You Buying At These Valuations? Not Buffett

More than his words, he spoke with his wallet. He usually relishes a down stock market to take advantage of lower prices. Not this time. He hadn’t made any purchases recently; he didn’t buy up stocks when they had fallen last month during what felt like a mini-panic: “We have not done anything, because we don’t see anything that attractive to do.”  – Warren Buffet, NY Times

Berkshire Hathaway held its annual “Woodstock for Capitalists” over the weekend.  The event was conducted virtually because of the global pandemic where Buffett expressed a deep sense of concern about the immediate future.

Warren ain’t buyin’ nuttin’.   In fact, he just dumped all of his airline stocks.

Take a look at the stock market cap-to-GDP ratio, aka the Buffett Indicator, and you will get of sense why Warren is stingy with his cash, which is mounting higher and higher by the day currently at $137 billion.

The Buffett indicator closed the first quarter with a stock market capitalization at almost 141 percent of GDP.   Incredibly, just 2 points below the peak-end-of-quarter valuation level of the dot.com bubble.   Moreover, today’s relative valuation is effectively much higher than than in Q1 2000 as there are fewer public companies now traded on U.S. stock exchanges.

We aren’t touching this market until there is a big enough valuation cushion to make stocks look more attractive.  What we are sayin’ is,  “No No to MoMo,” even if it takes years for stocks to cheapen up, which just might be the case.

If runaway inflation takes hold and stocks become an inflation hedge,  which is not a zero probability as monetization of government spending skyrockets, we will be in good shape with our gold position.

After the Fed effectively locked down the bond markets with the bailing out of junk bonds,  we are giving our analysis and posting a rest as there really is very little fundamental analysis to be had or done.   Stay tuned, however, as we will be posting periodically on issues and topics du jour.

We find it quite bizarre  to watch analysts explain the movement in the Treasury market, for example, raising the notion of inflation expectations or investor demand, when the Fed has purchased $1.3 trillion of notes and bonds over the past two months.    That is all we need to know.

Market forces are no way in hell driving the bond markets as the Fed is effectively monetizing the ballooning budget deficit and then some and has locked down the bond markets.   Why a long-term investor will pay for a bond that almost guarantees a loss, at least in real terms, is beyond us.

Furthermore, the Treasury market anchors all financial assets.  Until it doesn’t.

At the current moment, there is very little clarity on the economy.   Though the 30 million increase in unemployment is horrendous, it does not reflect the true unemployment trend.

We can’t say with any certainty but it is safe to say many filing unemployment claims are furloughed workers who will be rehired once the economy begins to open up.  Moreover, no one knows what the economy will look like on the other side and we’re not going to get worked up over the current data until the hurricane passes, or semi-over, and we can assess the structural damage the pandemic has done to country’s long-term economic prospects.

Hysteresis in the field of economics refers to an event in the economy that persists into the future, even after the factors that led to that event have been removed. – Investopedia

How much hysteresis will there be?   Make a guess and our hope is not much.

Mr. Market Not A Good Multitasker

We have written about the nth-order effects of the COVID crisis as the market seems to be only obsessed and focused on the first-order existential crisis of survival and is driven by rumors of vaccines and the new “curve flatteners.”   There several order effects, which are just beginning to surface on the market’s radar.

State and local government finances are a big one.  The last chart below reflects the devastation the pandemic is having on state budgets.

“Last year I did a May revise with a $21.4 billion budget surplus,” Newsom said Friday during his daily briefing on the state’s response to the outbreak. “This year I will be doing a May revise looking at tens of billions of dollars in deficit. We just went tens of billions in surplus in just weeks to deficits.”  – Gov Gavin Newsom, Bloomberg

Then there is are local government budgets, which may even be more devastating as local municipalities are one of the largest employers in the country, totaling almost 10 percent of total nonfarm payrolls, a similar level to jobs in the retail sector.  Local government is, or one of the largest employers in many counties across the country, including the one that we domicile.  We will have to wait to see how this all plays out.

Will the state and local governments get a full-blown bailout or will they begin to furlough and layoff workers as some have already begun? 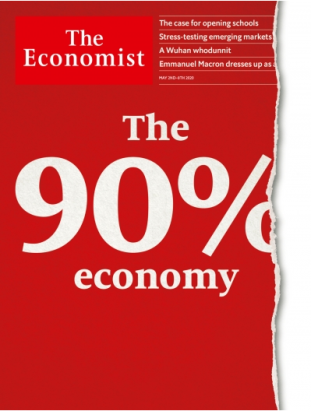 This week’s  Economist has a fairly decent piece on the prospects for the global economy.

A second reason is uncertainty. After lockdowns cease, much about the disease will remain unknown, including the chances of a second peak, whether immunity endures and the prospects for a vaccine or a cure. This inhibits those who fear the disease. Even as some states ease social distancing, a third of Americans say they would be uncomfortable visiting a mall. When Germany allowed small shops to open last week customers stayed away. Danes under lockdown cut household spending on services, such as travel and entertainment, by 80%. Danish economists reckon that people in next-door Sweden, which didn’t lock down, cut spending by about as much.

Many businesses will emerge from lockdown short of money, with strained balance-sheets and facing weak demand. In a survey for Goldman Sachs, almost two-thirds of American small-business owners said that their cash would run out in under three months. In Britain the share of commercial tenants who have fallen behind on their rent has risen by 30 percentage points. This week the boss of Boeing warned that air travel would not match the level of 2019 for two or three years. Investment, which accounts for roughly a quarter of gdp, will fall, not just to conserve cash, but also because risk cannot be priced (one reason to think a recent stockmarket rally has weak foundations). – The Economist

We are certainly in uncharted territory.   The most massive sell-off in such a short time frame followed by one the largest bounces makes life exciting for some of the best traders but offers little guidance to future economic prospects.

These extremes make valuations hard for investors to assess. It is as if someone tuned on a scalding hot shower and then reacted by emptying a bucket of ice over themselves. And there are few historical parallels. The outbreak of the first world war was also a genuine shock, but the authorities quickly closed stock exchanges, so it is not a useful basis for comparison.

…So although the origins of the bear market may be unusual, and the support from central banks and governments have been substantial, the same feedback process seen in other downturns could yet occur. Bad debts may rise, and investors may lose their enthusiasm for risky financial assets for an extended period.

In the wild, bears are likely to run away when they hear a lot of noise. So perhaps the authorities have done enough to scare this one off. But with most countries still in lockdown, we are unlikely to be out of the woods yet. – The Economist

The only thing we see rational about the totality of the past ten weeks of trading is the rebound, which topped out on Thursday and halted right about the 61.8 Fibonacci retracement level.    Bravo for the Fibos!

We remain in the bunker until the market cheapens up and moves closer to the value zone, which is a long way down.   Patience, young grasshopper. 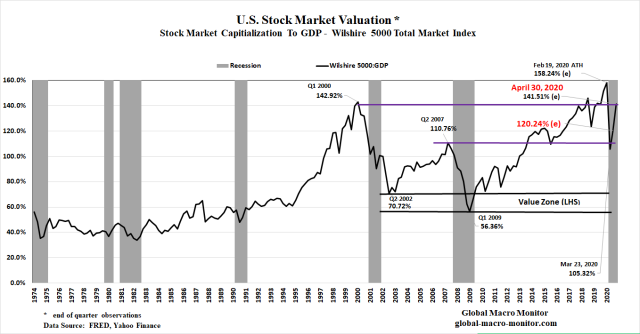 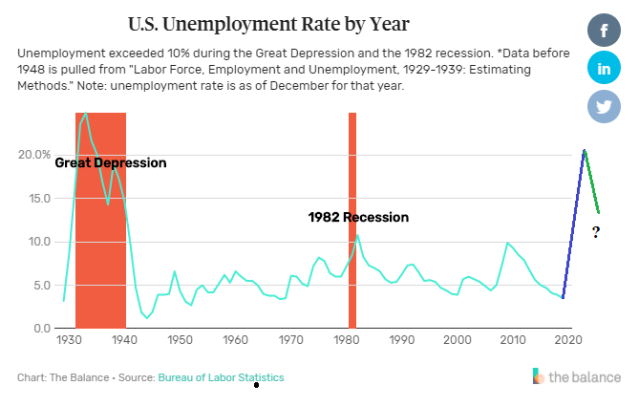 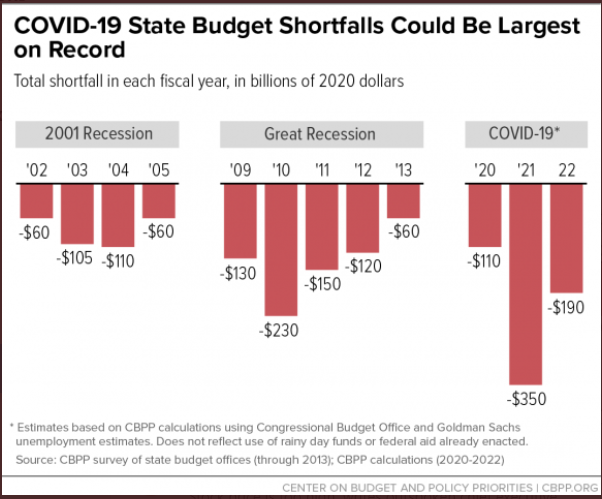 18 Responses to Are You Buying At These Valuations? Not Buffett