Newton’s three laws of motion may be stated as follows:

The first law, also called the law of inertia, was pioneered by Galileo. This was quite a conceptual leap because it was not possible in Galileo’s time to observe a moving object without at least some frictional forces dragging against the motion. In fact, for over a thousand years before Galileo, educated individuals believed Aristotle’s formulation that, wherever there is motion, there is an external force producing that motion.  – Stanford University 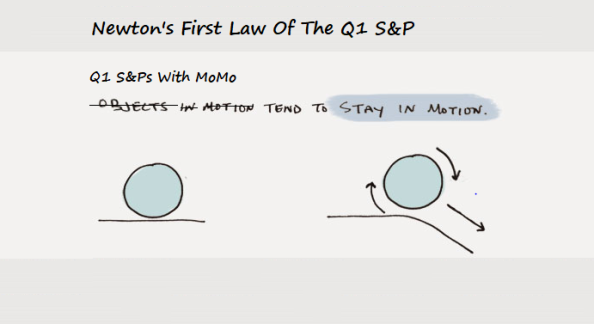 A Q1 S&P With Momentum Tends To Gain Momentum

Of the 10 first quarters where the S&P has increased over 10 percent, only one, 1987, has finished lower for the year.  The data below also illustrate that the annual change for the S&P when the index was up more than 10 percent in Q1, averages 20.65 percent.

Using that average and extrapolating from Friday’s close would put the year-end S&P500 at 3025, or about 2.85 percent above the all-time high of 2940.91.  We will use that as our target, which doesn’t violate our longer-term bearish view.  Bear markets tend to climb back after a sharp sell-off to make a new nominal high before rolling over hard.  This was certainly the case in 2007.

The underlying fundamentals just are there to have confidence the coming move as a sustainable one.  The market certainly is not cheap.

In addition to our concerns about valuation, we don’t like the high levels of public and corporate debt, the changing structure of the U.S. Treasury market, the increasing market manipulation by governments (i.e., market socialism), the shifting geopolitical tectonic plates, including the recession of American global leadership and the end of Pax Americana,  local domestic politics, and geopolitics, in general.  We could go on.

We believe the Power of Zero, that is zero to negative bond yields, or the fear of, will be the main driver of equity markets until year-end.  Walter Bagehot liked to quote the famous market aphorism as a powerful motivation for savers to chase risk,

Not without volatility, however.

Strap yourself in, it’s going to be an interesting rest of the year.

Traders and bears are going to be forced into this market.    Stay tuned. 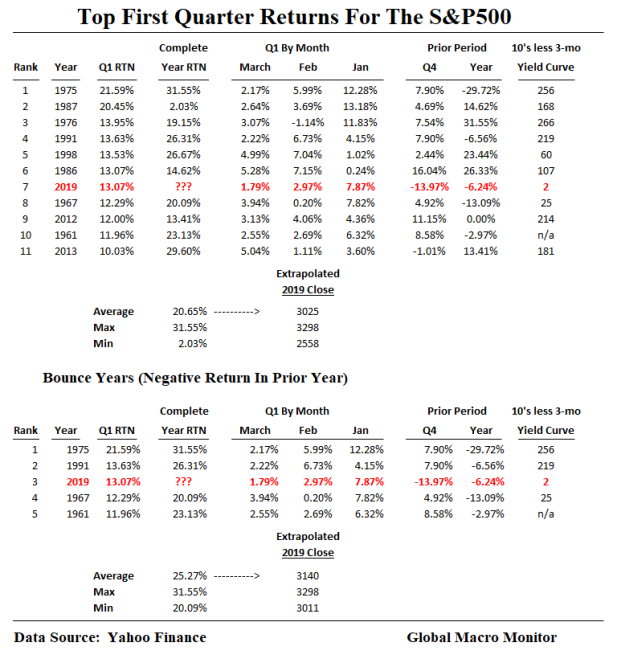